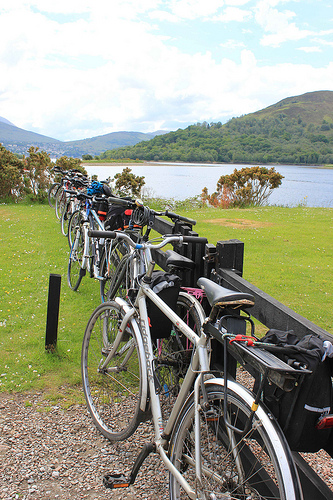 One lassie, 8 blokes and 185 miles in the Highlands of Scotland. The Rough-Stuff Fellowship summer tour took us from the west coast to east coast and back again via The Great Glen Way and General Wades military road. Alas nobody saw Nessie.

The Great Glen Way follows the route of the Caledonian Canal and a series of lochs from Fort William to Inverness along tow paths and forest tracks, which meant the trip had plenty of undulations, although Brian assured us that the route is one of the easiest cycle routes in Scotland. 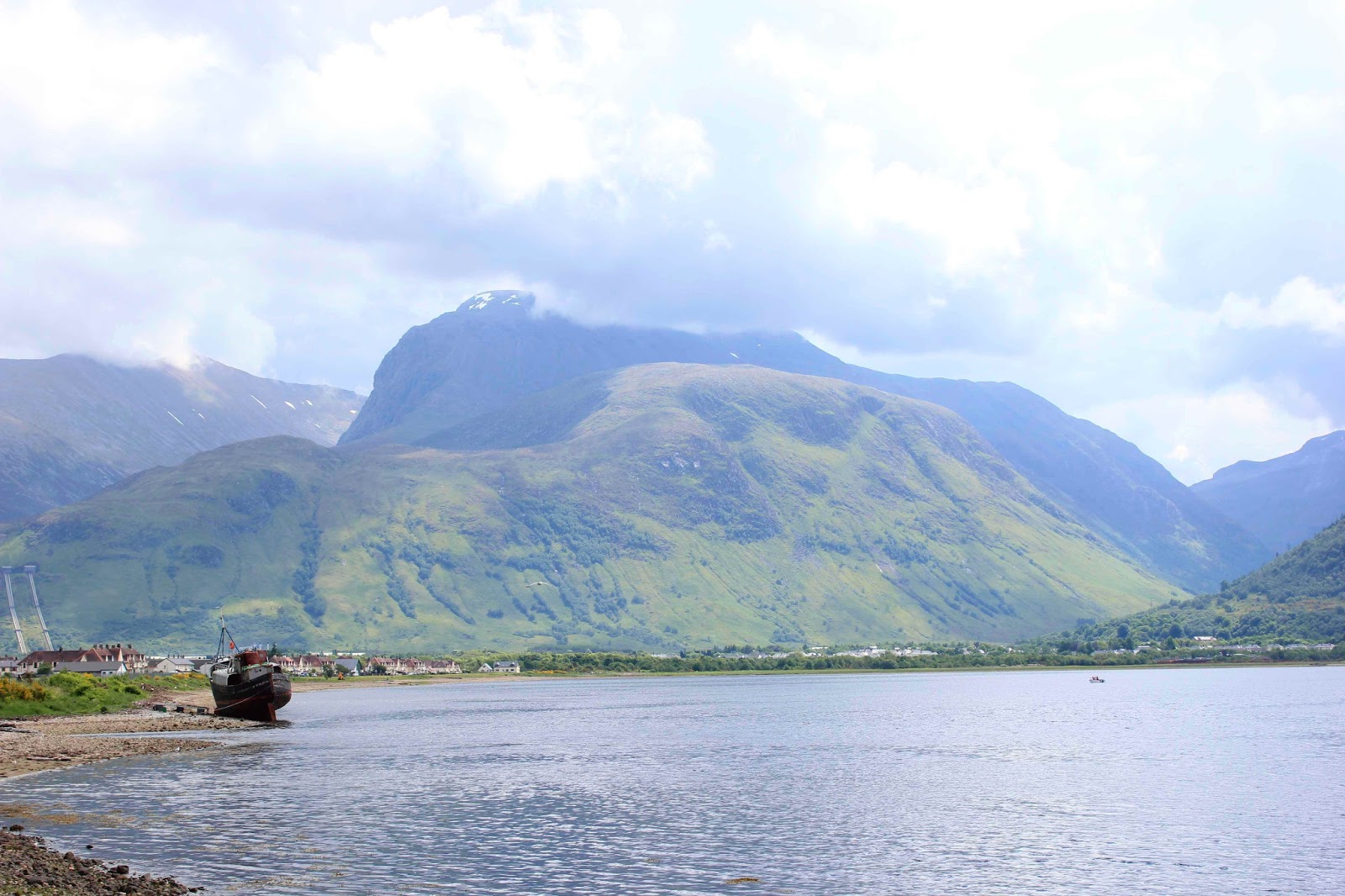 Fort William lies at the foot of the Nevis Range and Ben Nevis. It's hard to believe you're at sea level when there are mountains all around and the open-sea is not visible.
The Great Glen Way follows the canal inland from here up over Neptune's Staircase  and onto forest fire roads as it reaches Loch Lochy. 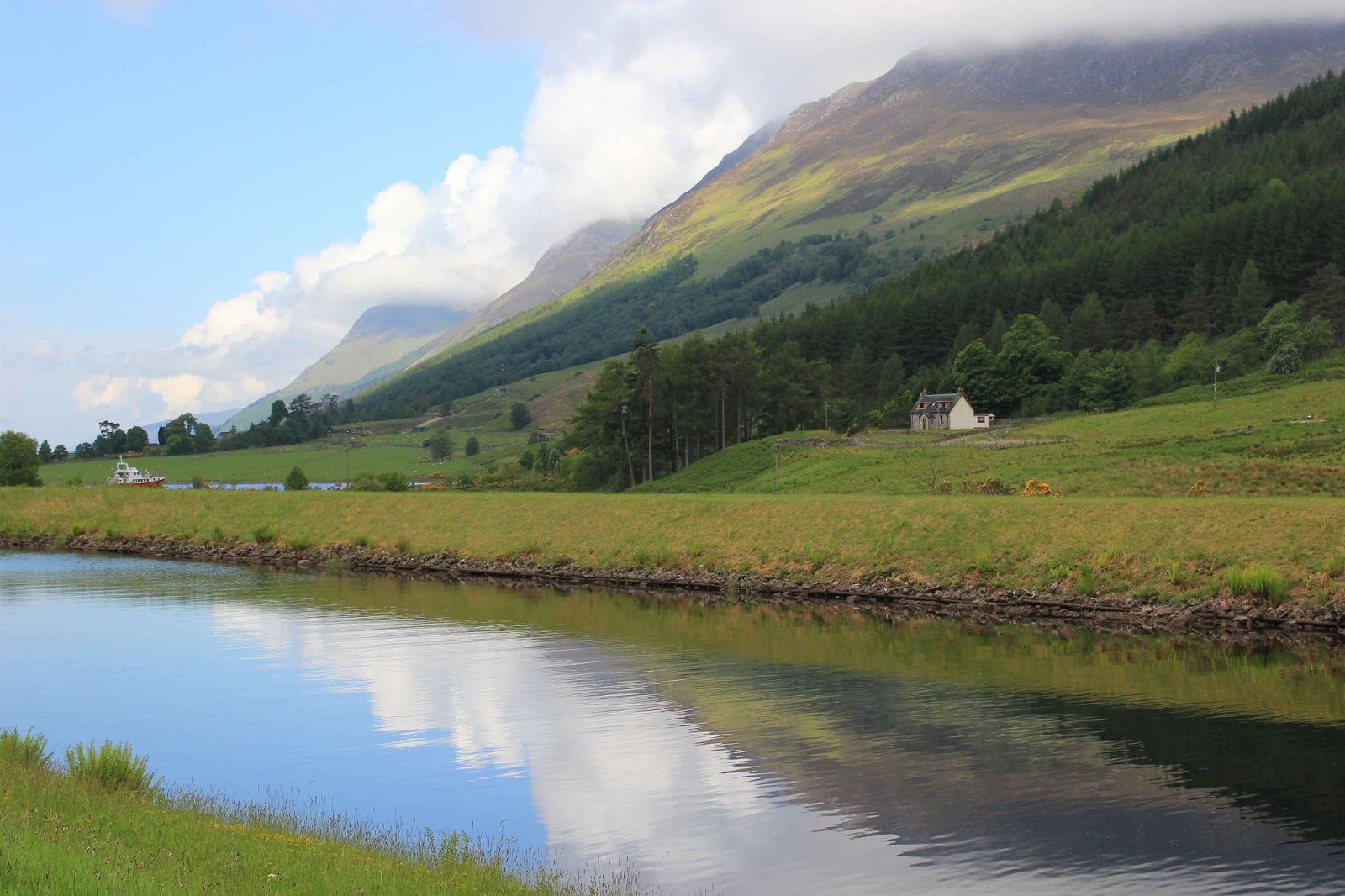 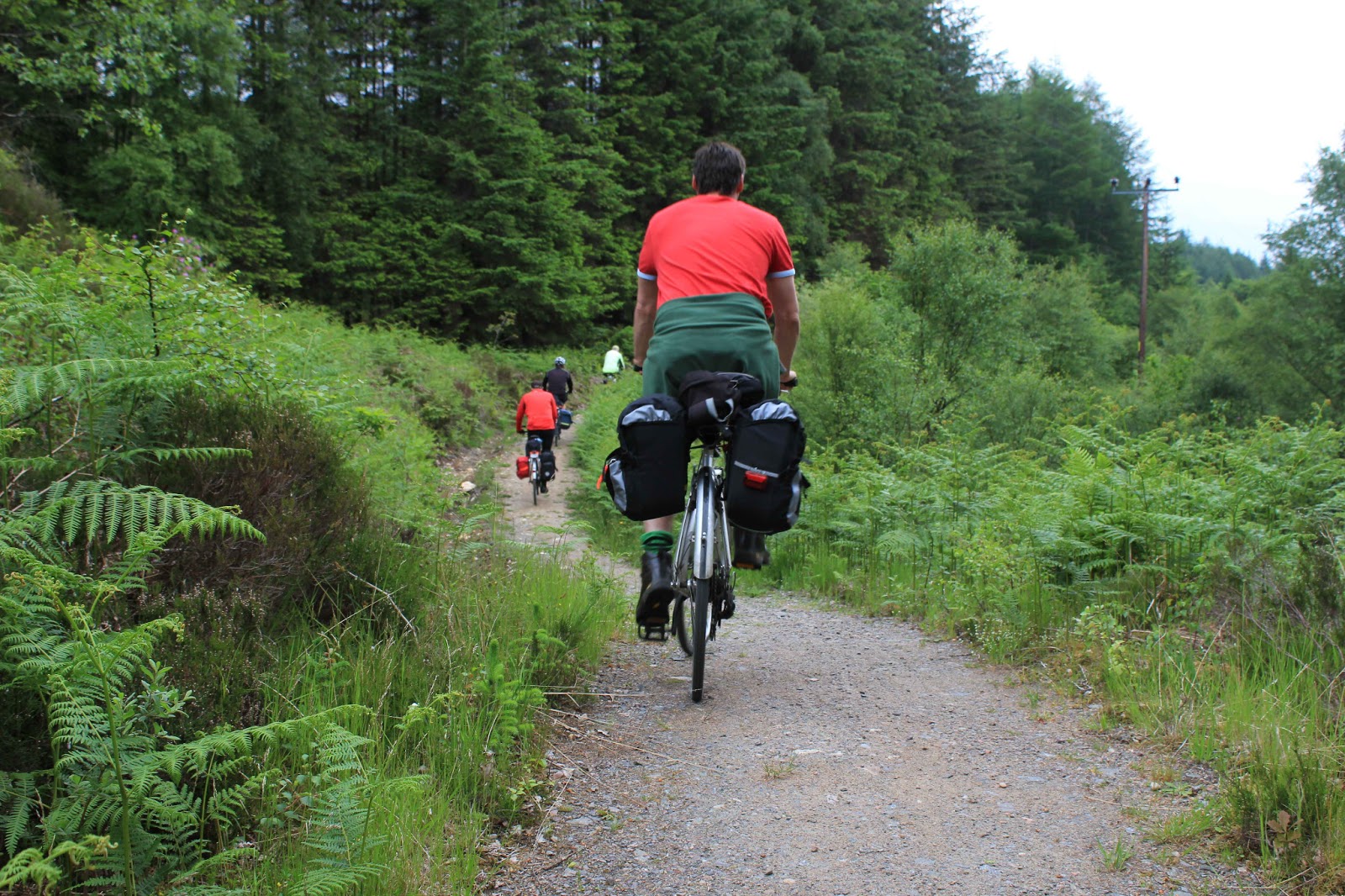 We got really lucky with the weather, and with the midges (on the whole). As so much cycling was through the trees, as long as we kept moving there wasnt much of a problem, even when we were slowly pushing our laden bicycles up the steep slopes.

We met a group of German cyclists who kindly let us know we were heading for a heck of a climb. Not that news like that ever deters a RSF cyclist.  We enjoyed a leisurely lunch stop at Fort Augustus. Stephen found some haggis samosas, which he couldnt resist. 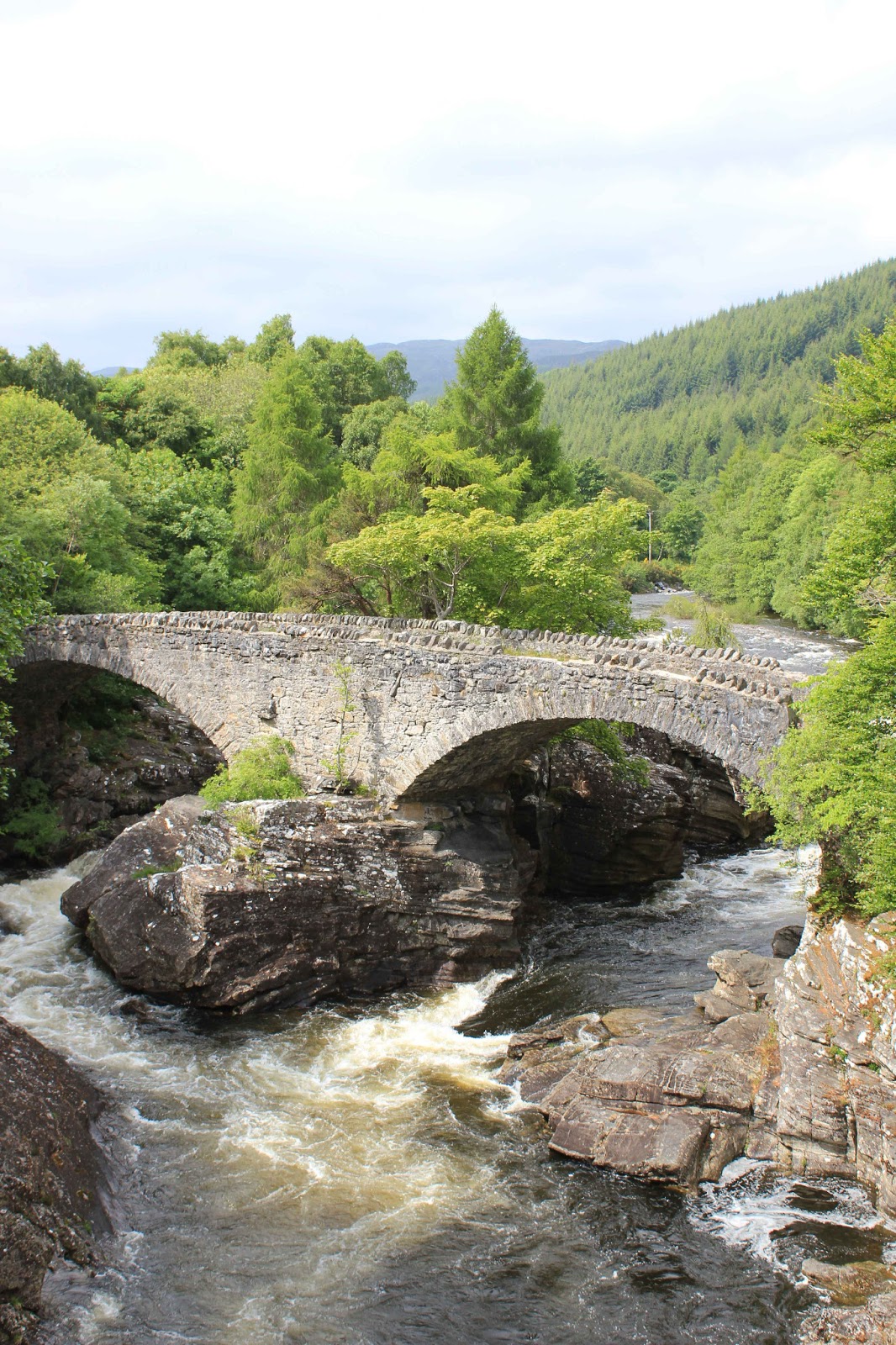 On the next stretch everyone's bike issues came to light... Stephen's second hand bike's front tyre started to delaminate, Phil's disk brakes had gone and Eric's saddle came right off when a bolt broke. It was a colourful afternoon that was further characterised by miles of climbing after Invermoriston that seemed never ending. How Stephen's tyre & inner tube survived the stony tracks, goodness knows.


Even in the drizzle, the view of Loch Ness was beautiful, we climbed further and further above it. 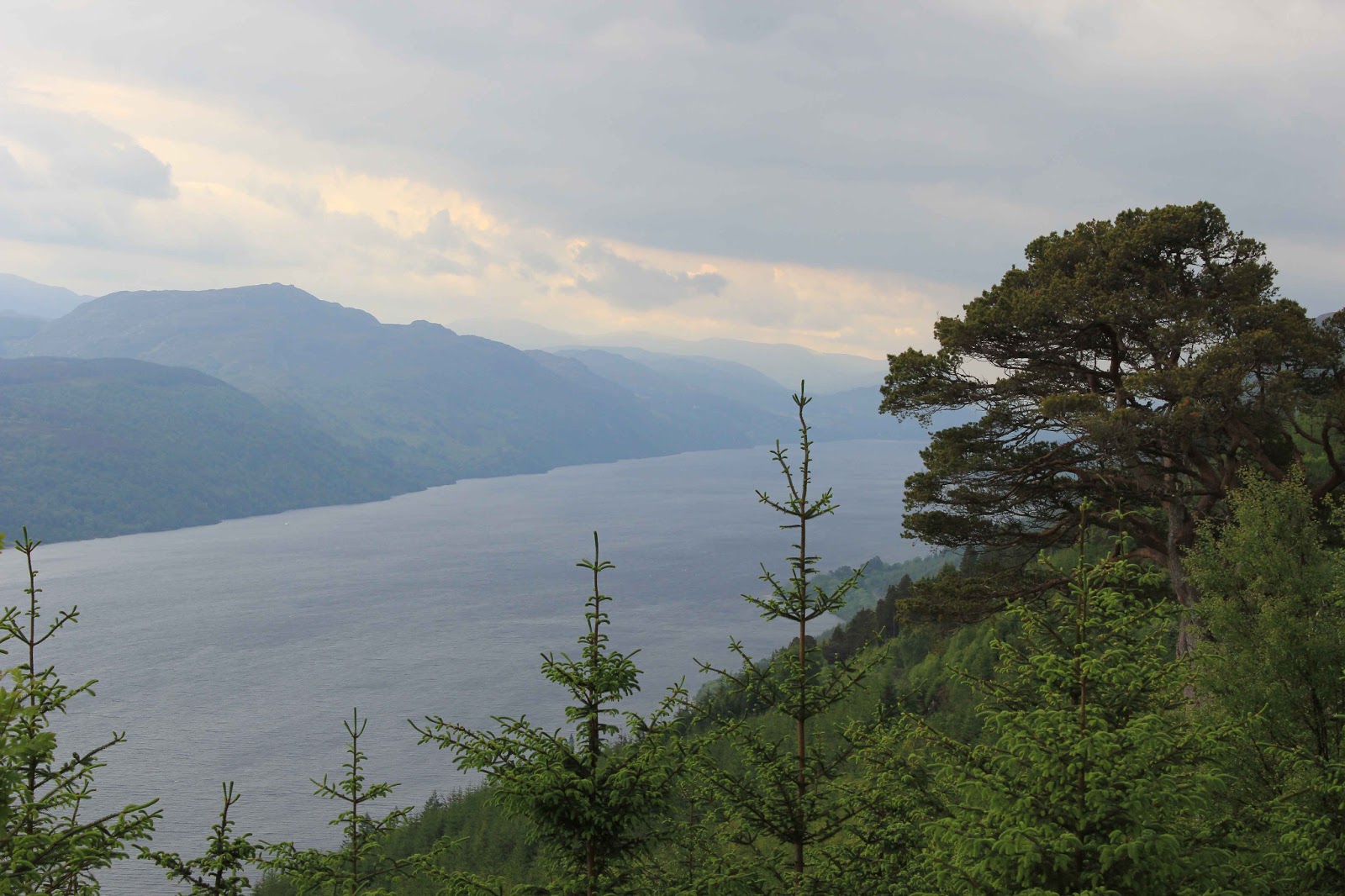 After all that climbing, the final stretch on the tops and down to Drumnadrochit felt like it was over in no time. Alas Loch Ness Backpackers hostel was not the place we'd hoped for after a long day of riding, and nobody got much of a night's sleep. 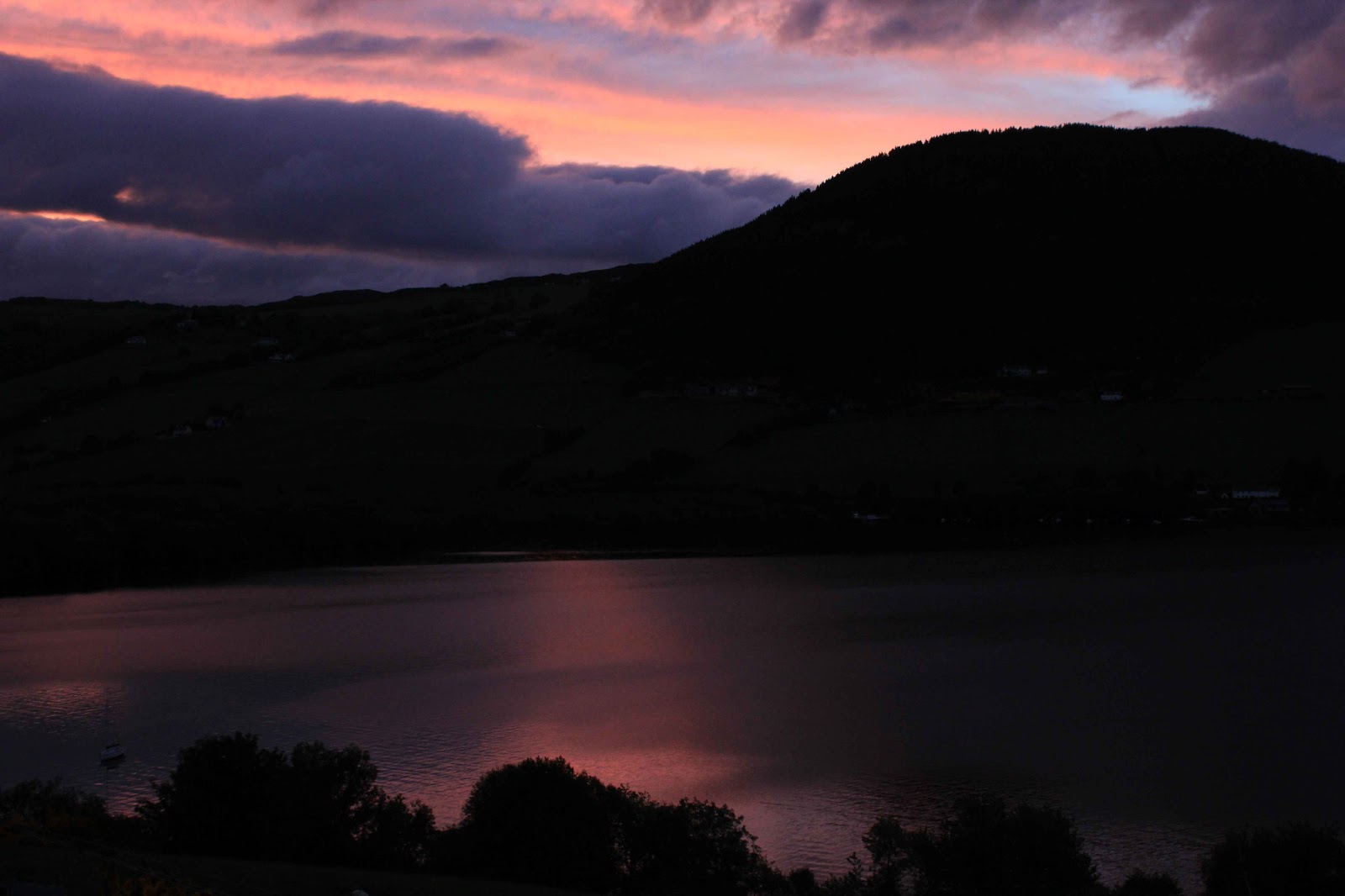 Stephen & I did go for a walk to have a look at Urquhart Castle and enjoyed a nice sunset over the water.


We looked out for a bike shop as we set off in the morning, but it seemed that it had gone out of business. Yes, the bikes were still going and Phil had developed afew techniques for stopping his bike without brakes.

The last leg to the east coast started with more climbing and pushing. We were overtaken by some hikers, but we did eventually pass them as we neared out curious lunch stop in the wilds at an 'eco-cafe' in the middle of nowhere. The sun was shining, so sitting out whilst we were brought brews, toasties and other fare... we didnt order, we were just brought what they had in stock, but it did taste amazing. We lounged for quite a while before slowly heading off for Inverness, all full of food and in much brighter spirits following the lack of sleep we all had. 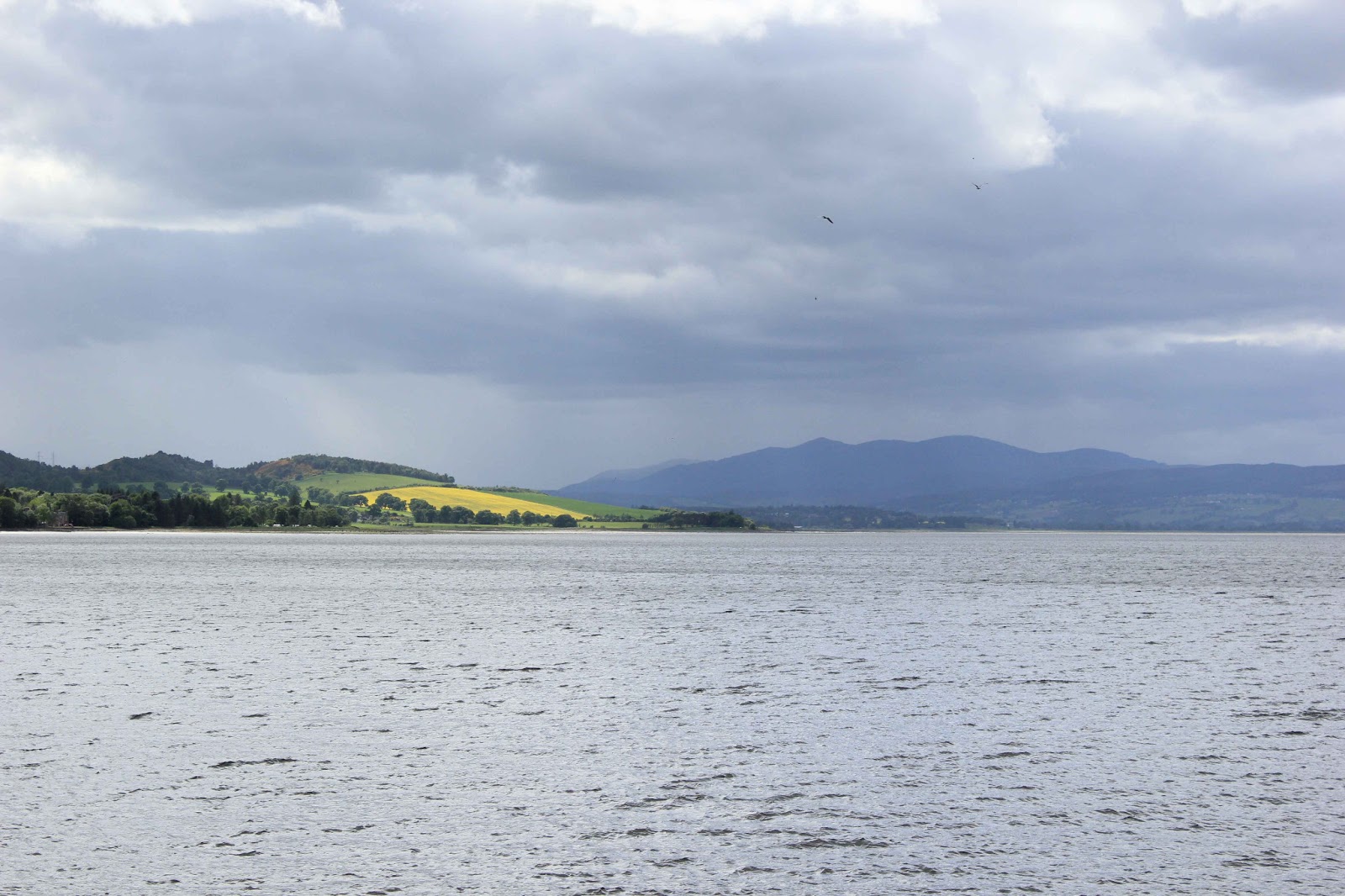 It wasn't long before the city of Inverness came into view below, and one last fun descent took us into civilisation... afew more mishaps where a pannier bag had come off that had to be hunted for... As well as a gust of wind that managed to blow a massive tree branch at me as I was passing it... it took me out completely, but I continued with bruises, lumps and grazes as we rejoined the canal towards the North Sea. After we'd seen the other side, we found a bike shop where Stephen bought a new tyre. 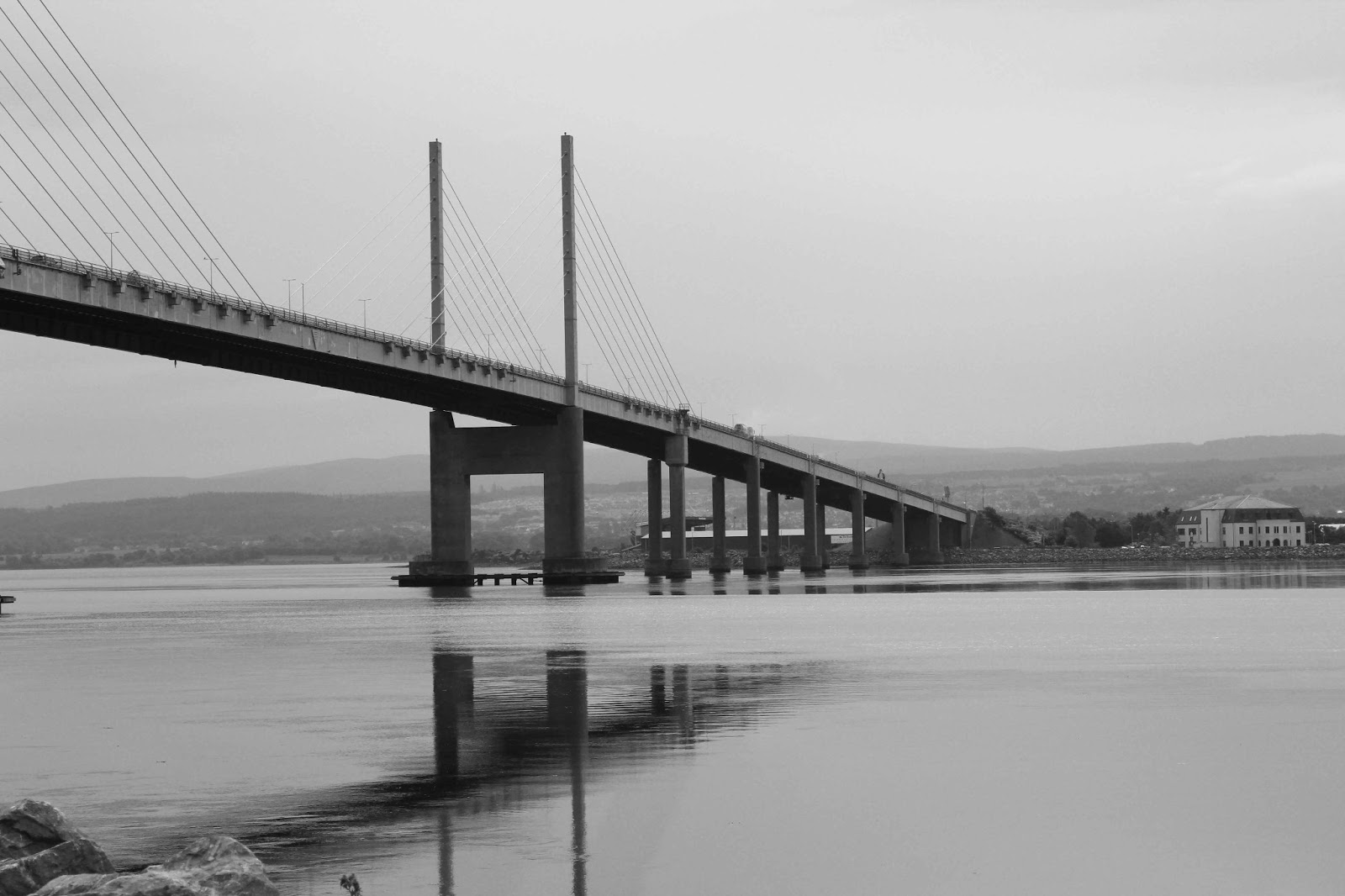 On the Thursday, afew of us did an option ride to the Black Isle whilst others got their bikes sorted out. 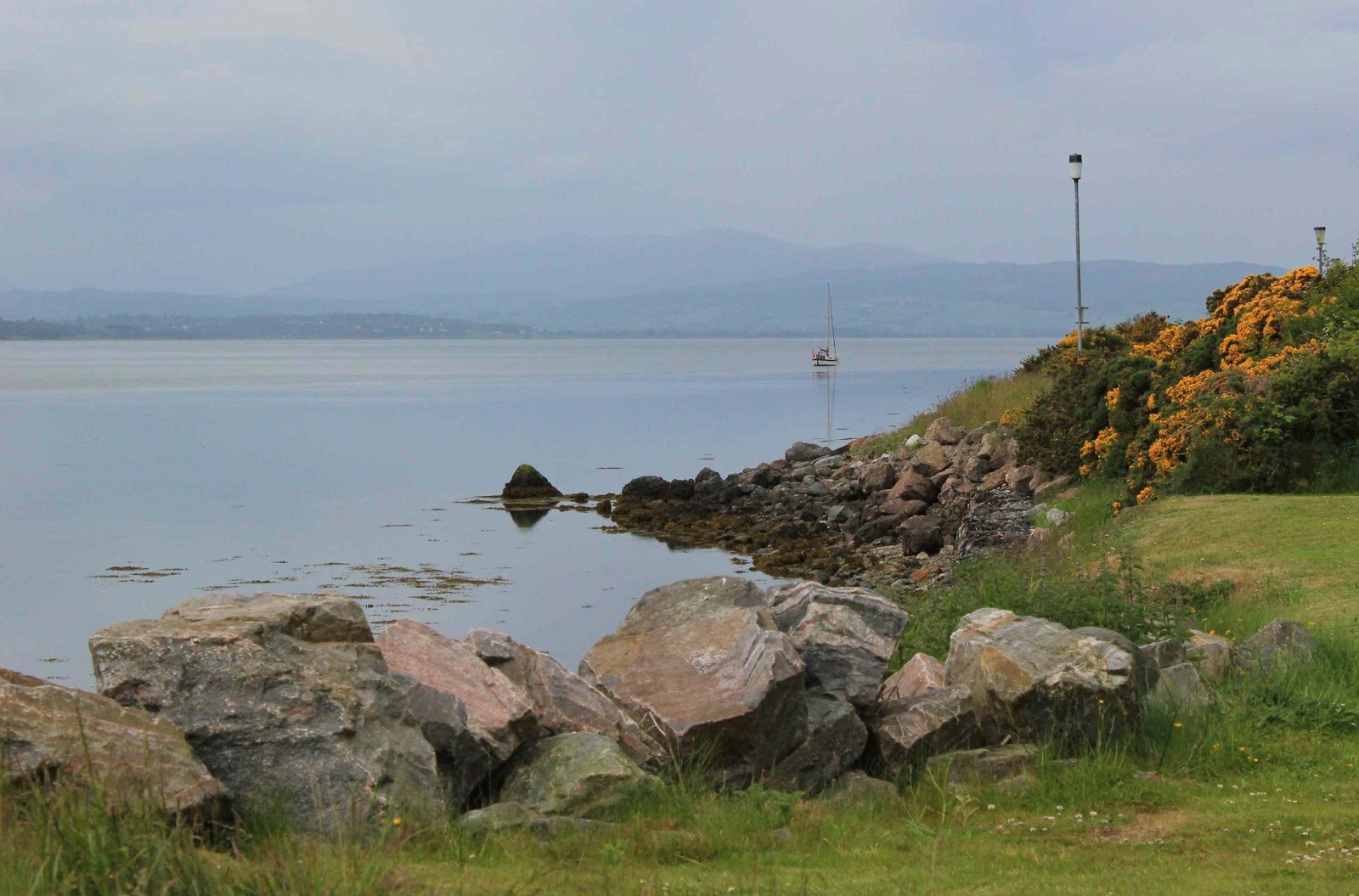 To say it was a rest day, we did some decent mileage, although our panniers remained at the hostel.

The return to the west cost was mainly on road and we sped through the miles easily enjoying the quiet road to the south side of Loch Ness. 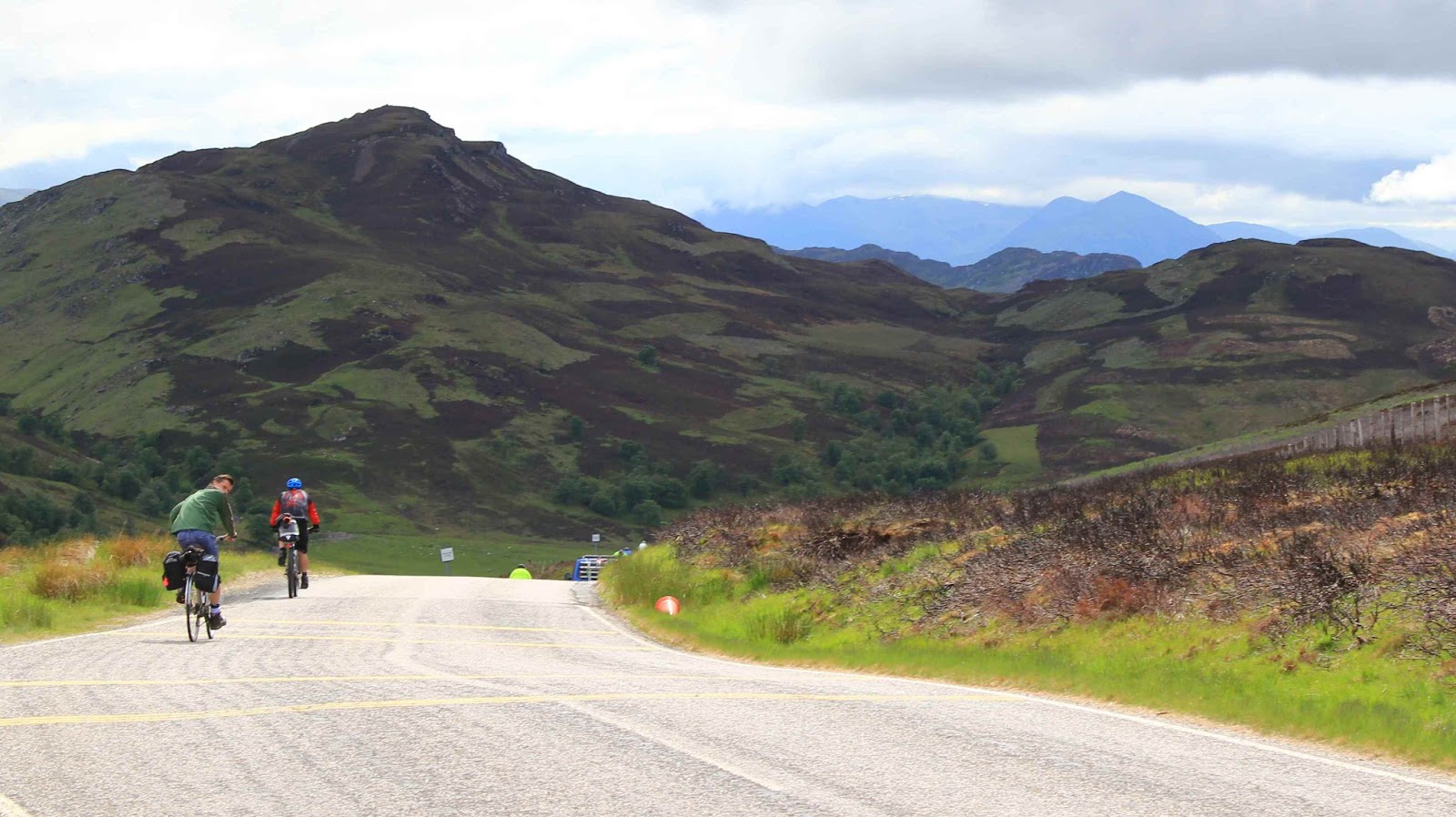 The last day (the shortest) saw a hefty downpour, but since the trip was only a few hours, nobody really minded.
We finished the tour with a meal on the Eagle Barge pub & restaurant. Lovely company, amazing scenery and happy memories.

Thanks to Brian for arranging the tour (& kindly sharing his car with us). It was a fantastic time.

The club ride report can be read here.