A crack of dawn start to venture through Yorkshire Dales national park, over to Richmond for Lucia's Vale of York 100k populaire.  The drive over was stunning, although my satnav packed up after Skipton (I had no problem getting that far), so I was winging it on roads I'd never been on in my life. The early start meant it was just me & the pheasants, and the early morning sunshine breaking through the haze. I know that I will be planning a bike tour on bridleways following a similar route sometime; it was such a stunning drive.

After some getting lost and relying on my bike gps instead, I made it to the start with enough time for a brew. A lovely couple kindly waited for me to park up to lead me to the startpoint at Swaledale Outdoor club. I admired the lady's lovely pink Tifosi (a bike I would have my eye on if I was in the market for another...or not saving up for a house deposit). 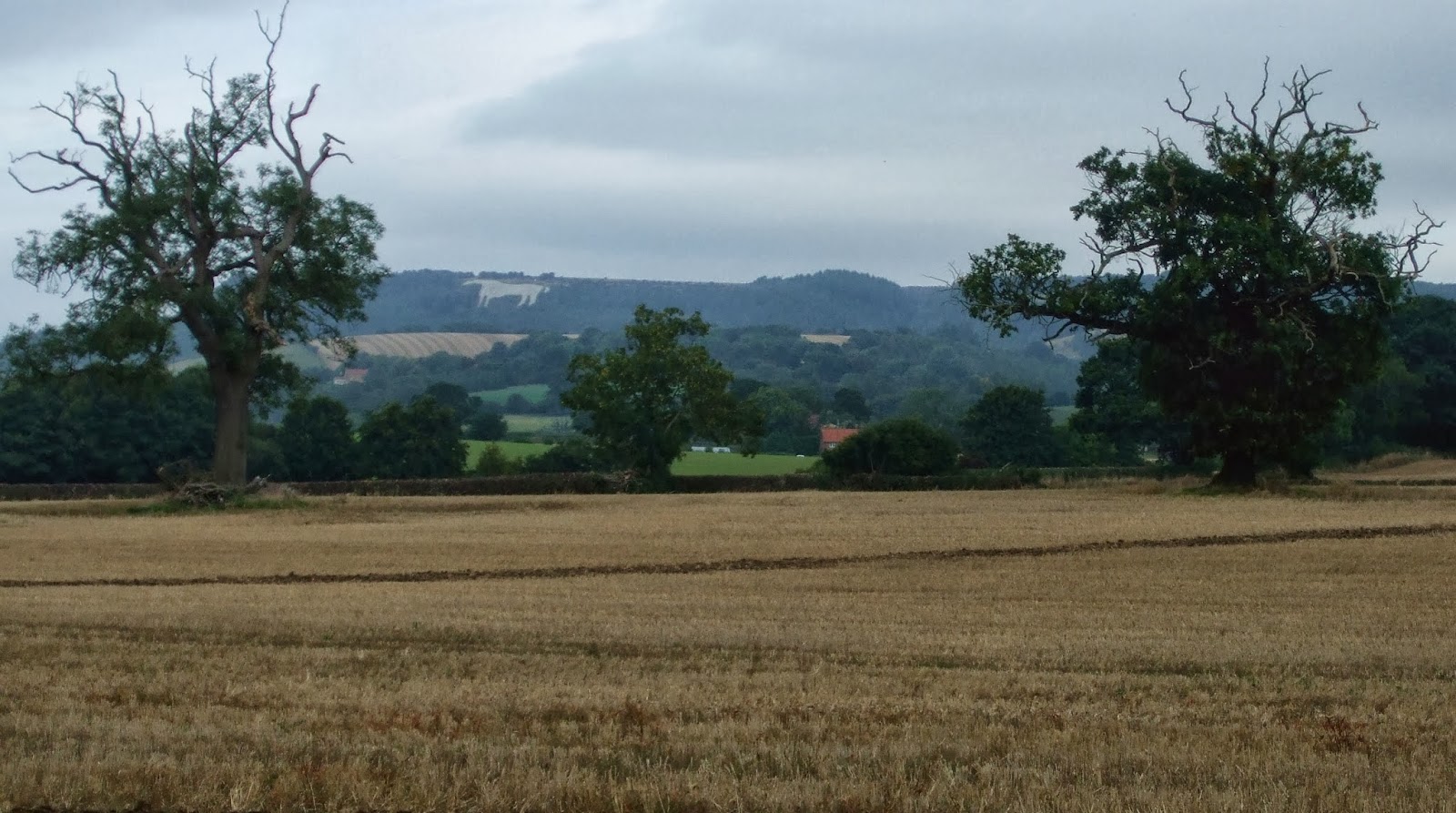 This was my third audax, and getting a bit more comfortable with knowing what the day will bring in terms of my own riding, which is a massive comfort after riding the first one mostly on my own.
I was a bit worried that I'd not been able to transfer the gpx to my device (the cable was at Stephen's house, but I had not been there), so would be relying on the paper instructions, but the route had looked straight forward & I did have the map to fall back on (the paper directions on audax #2 would have had me lost but for the gpx).

The group today was the smallest I'd set off with (others had set off earlier on the more challenging routes). For the first few miles we were bunched together, but it wasnt long before we were strung out in smaller clusters. After realising that my old 60s bike has smaller wheels and getting to better grips with the gears, I know that I cant keep up with modern bikes on her and I shouldn't try (my first audax I did try that and just got worn out). So I was happy to get into a rhythm that was comfortable for me. I actually spent most of the ride in the highest gear (the terrain was pretty flat), despite some reasonable headwinds.

The first section to Northallerton and out the other side towards Thirsk had some reasonably busy roads (it was also saturday, which may have accounted for this).
We felt to be in Northallerton in no time. My first paid job out of uni was here, where I was put up in The Station hotel to work at a trial radio station covering a sickness absence. I interviewed William Hague- he ribbed me in front of a full bookshop, thinking I was going to give him a political grilling, but I was just there to ask about his book he was doing a signing for.  It is the best part of a decade since I was last in the town; I remembered it being quiet and sleepy, but today it was bustling with people visiting the market and so busy with traffic being funnelled down the main street, that I pushed my bicycle through the town so that I didnt have to worry about the traffic and taking the correct turn off any of the roundabouts. 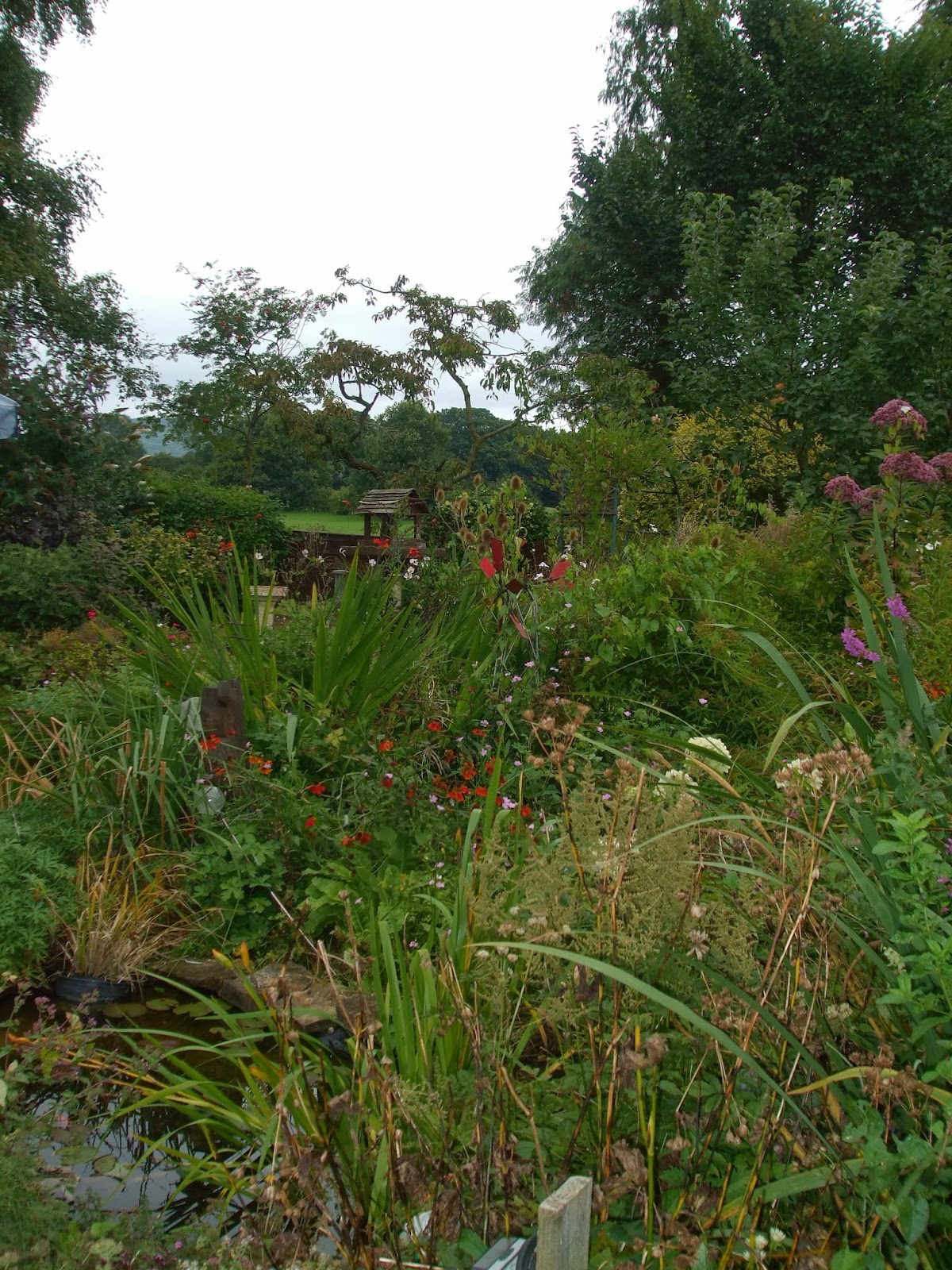 The roads towards lunch in Coxwold were much quieter and more enjoyable with some small climbing to make you earn your food.  But a nice little descent into the village which is in a dip.

The tea room was incredibly pretty (as was the village) and most cyclists sat out in the cottage garden making the most of the decent weather. Nice food, nice cakes, a little bit slow on service, which isnt really what you want on an audax, but this one did have the most generous upper time limit I've seen, so there was no need to rush. 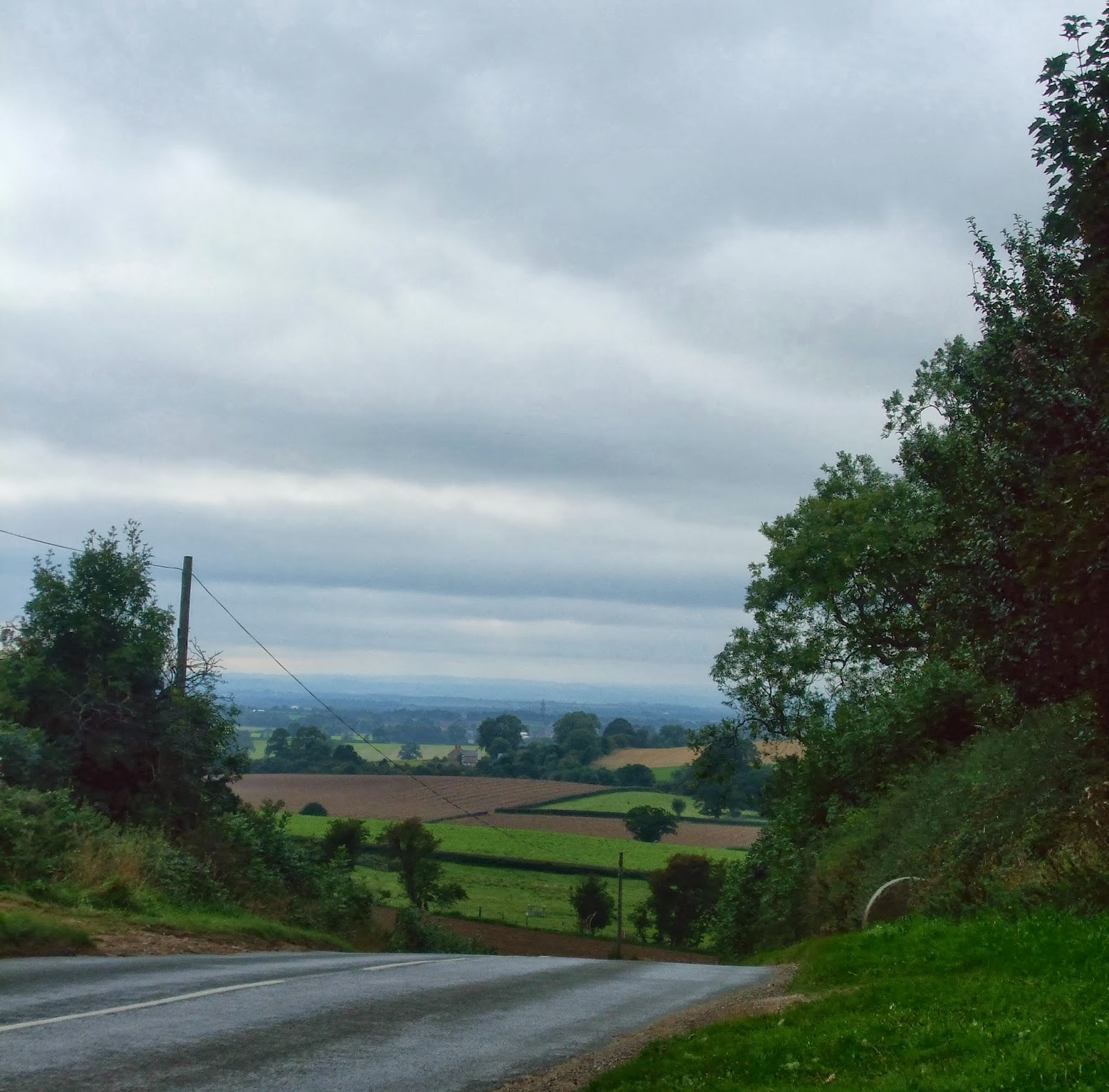 At lunch I was chatting with a group of ladies on their first audax. They were a group of mum's whose kids are at the same school and decided it would be fun to go away for the weekend. They were up from Derby and seemed to be having a fantastic time; they liked the low-key nature of the audax compared with sportives. It was nice to chat with them for a while.
The clouds were thickening as the return leg got going. Most roads were long so navigation was easy. 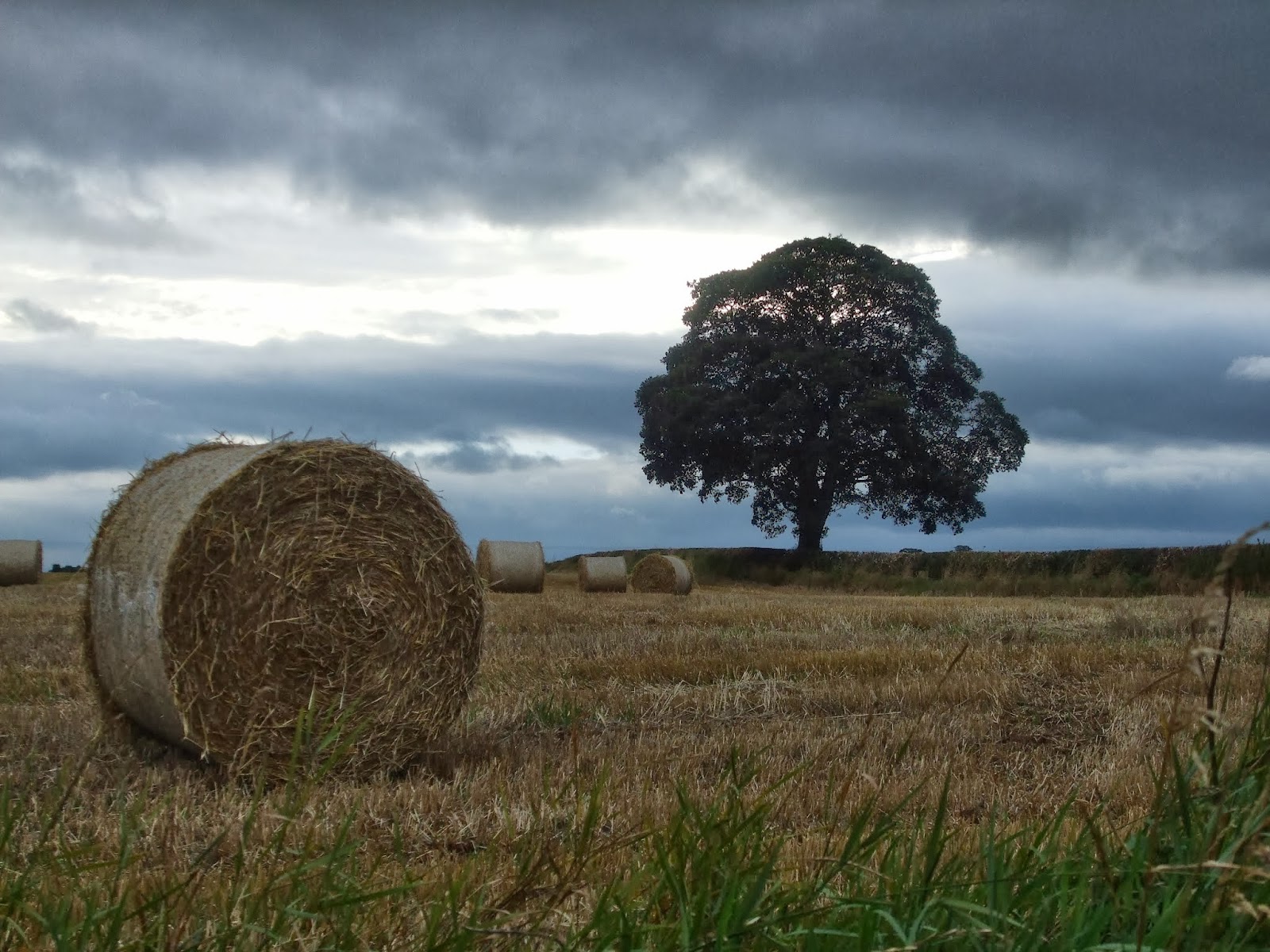 As usual the physics of bike riding were at play and the wind had changed direction for the return. I had hoped it would be pushing me back to Richmond. 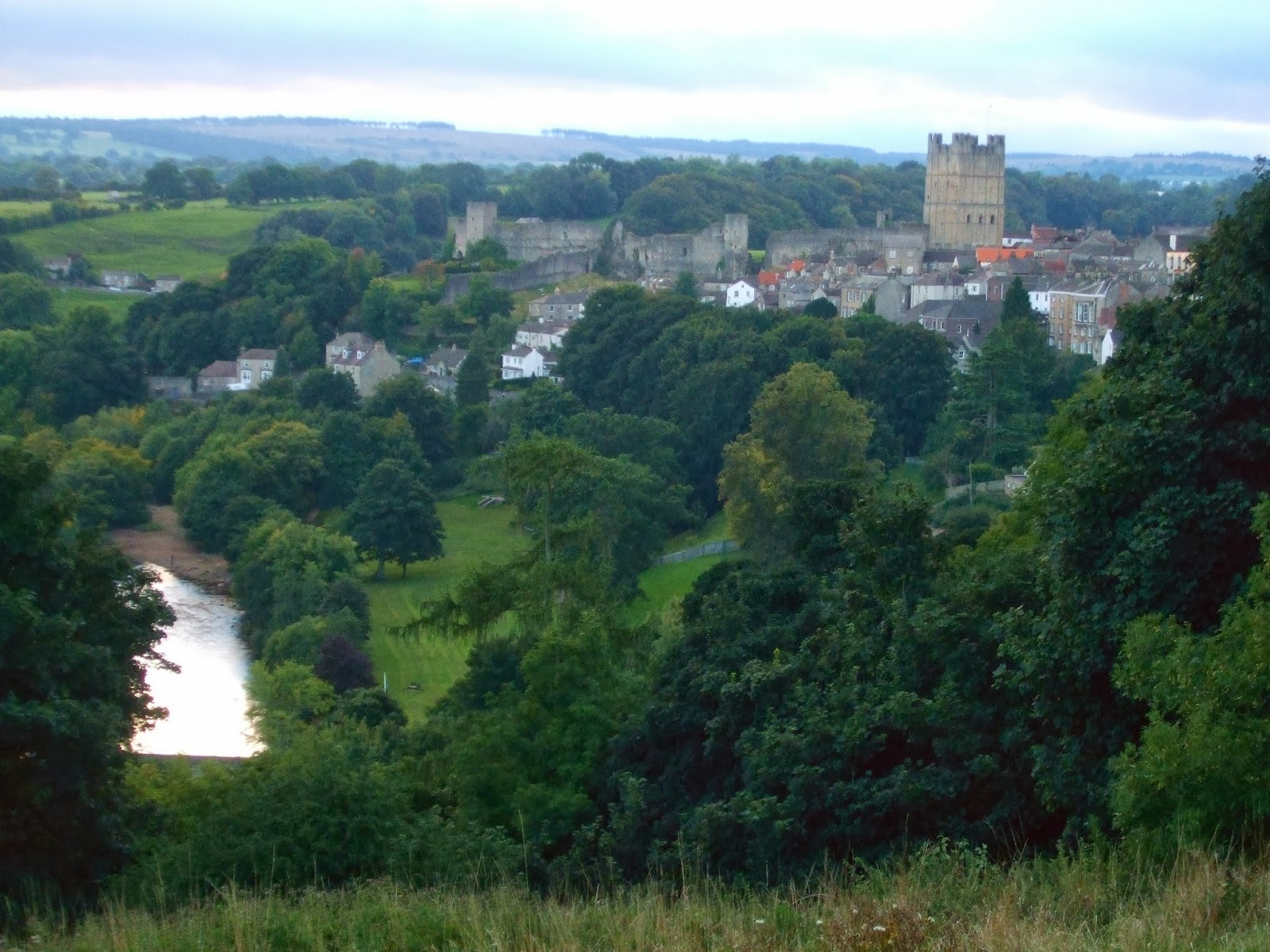 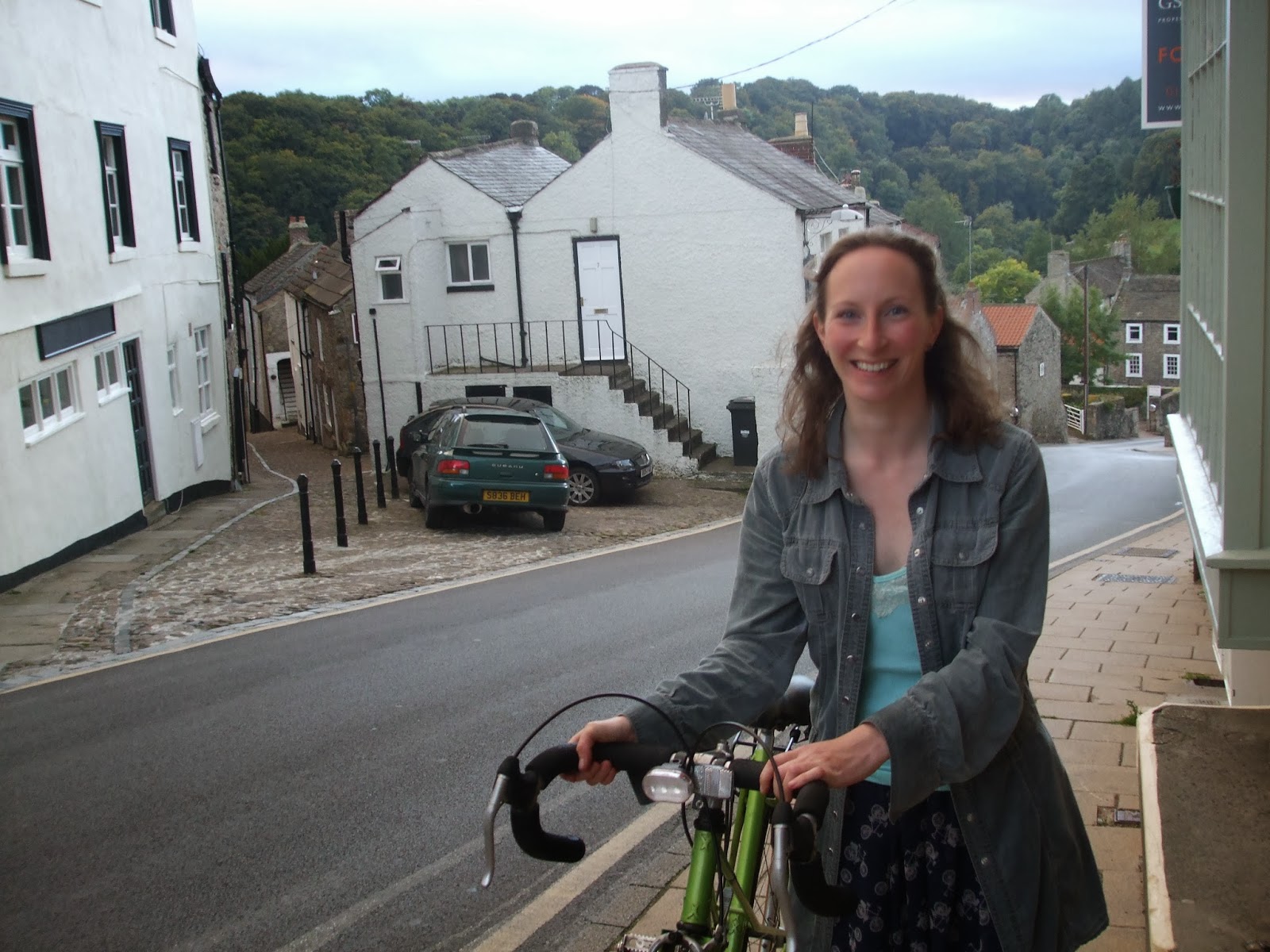 Three down, two to go to make my Brevet 500 award. Fingers crossed. I didnt think it would be this close when I joined Audax UK in late spring, but with other cycling commitments, work and trying to buy a house, I've not been on as many rides as I imagined. 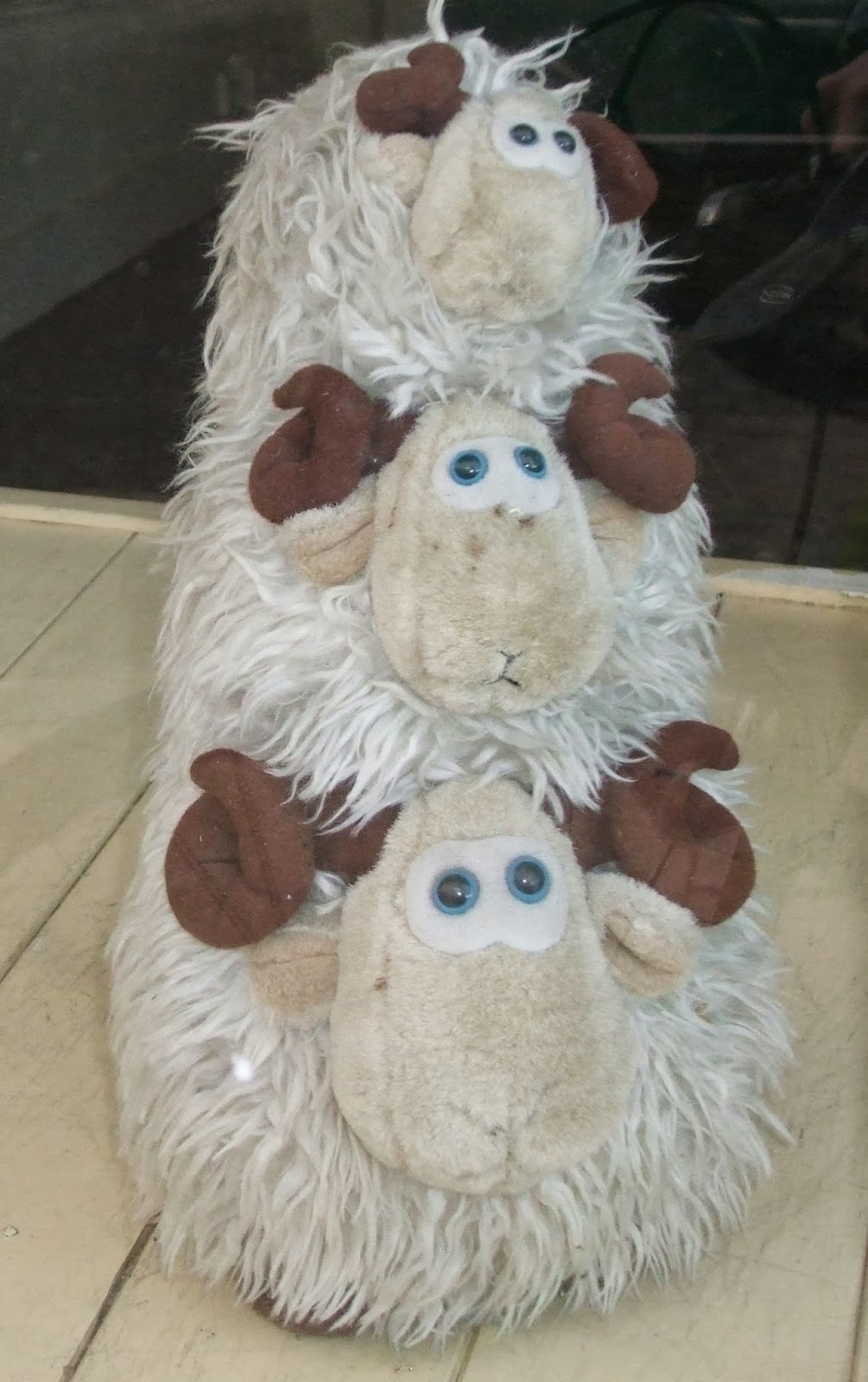 My thanks for David Atkinson for putting on this lovely ride, which took me to places I'd never have otherwise ventured.
Posted by Unknown at 03:27 2 comments:

Email ThisBlogThis!Share to TwitterShare to FacebookShare to Pinterest
Labels: audax

Climb every mountain, pedal every pennine. That just about sums up the last week.
I took a couple of days off work to join the club on some rides, as well as my usual commutes and checking out parts of the route I would be leading on the friday. 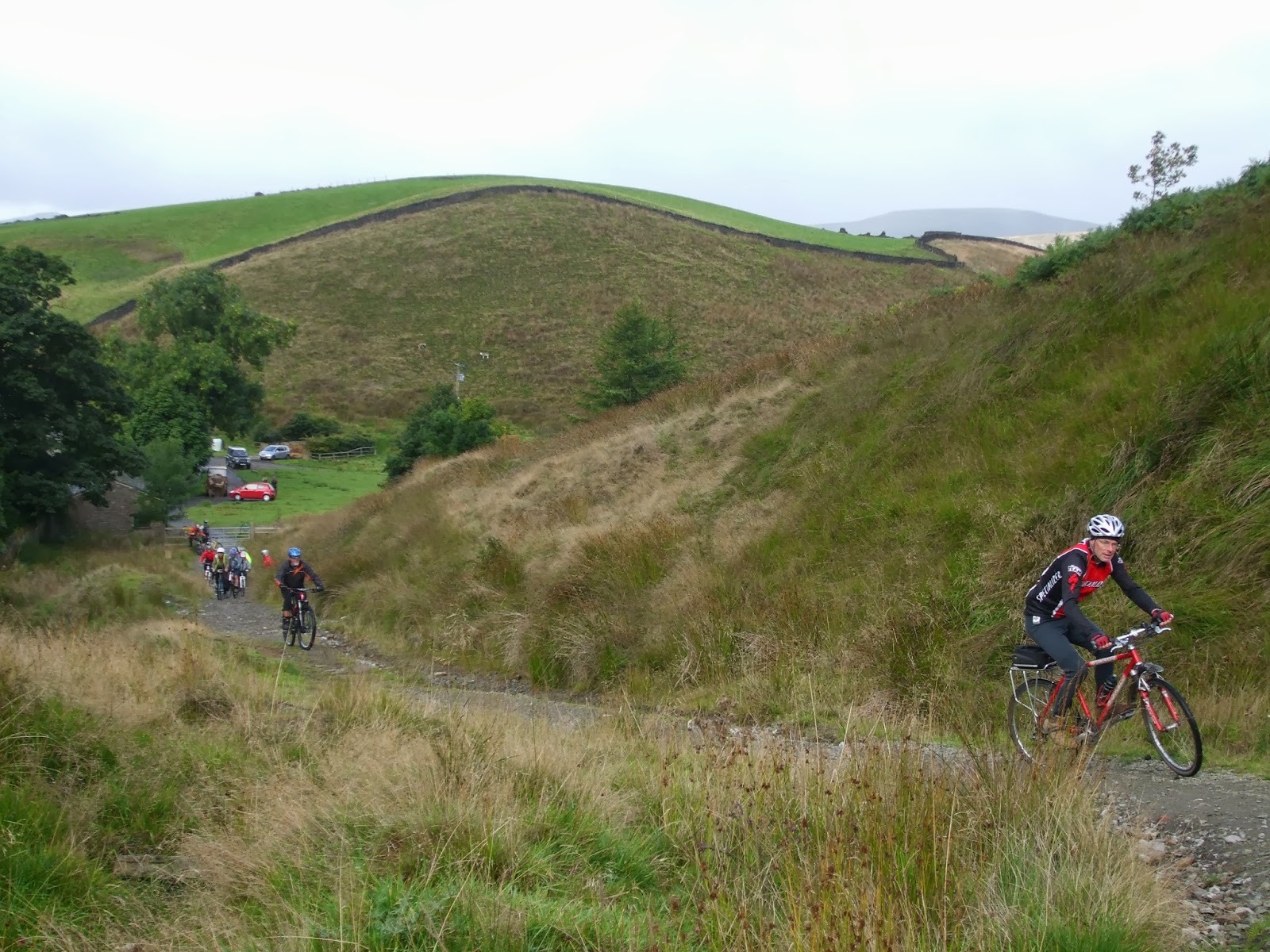 As part of the South Pennines walk & ride festival, 19 Rough-Stuff riders met up on Wednesday at Hollingworth to venture over the hill to Hebden Bridge. These were some moors I'd never been on before... yes that's correct, I've never been to Britain's longest continual climb, Cragg Vale before.

From up on the tops, we could see the rains patchy around us and it would only be a matter of time before we would run into some of it. 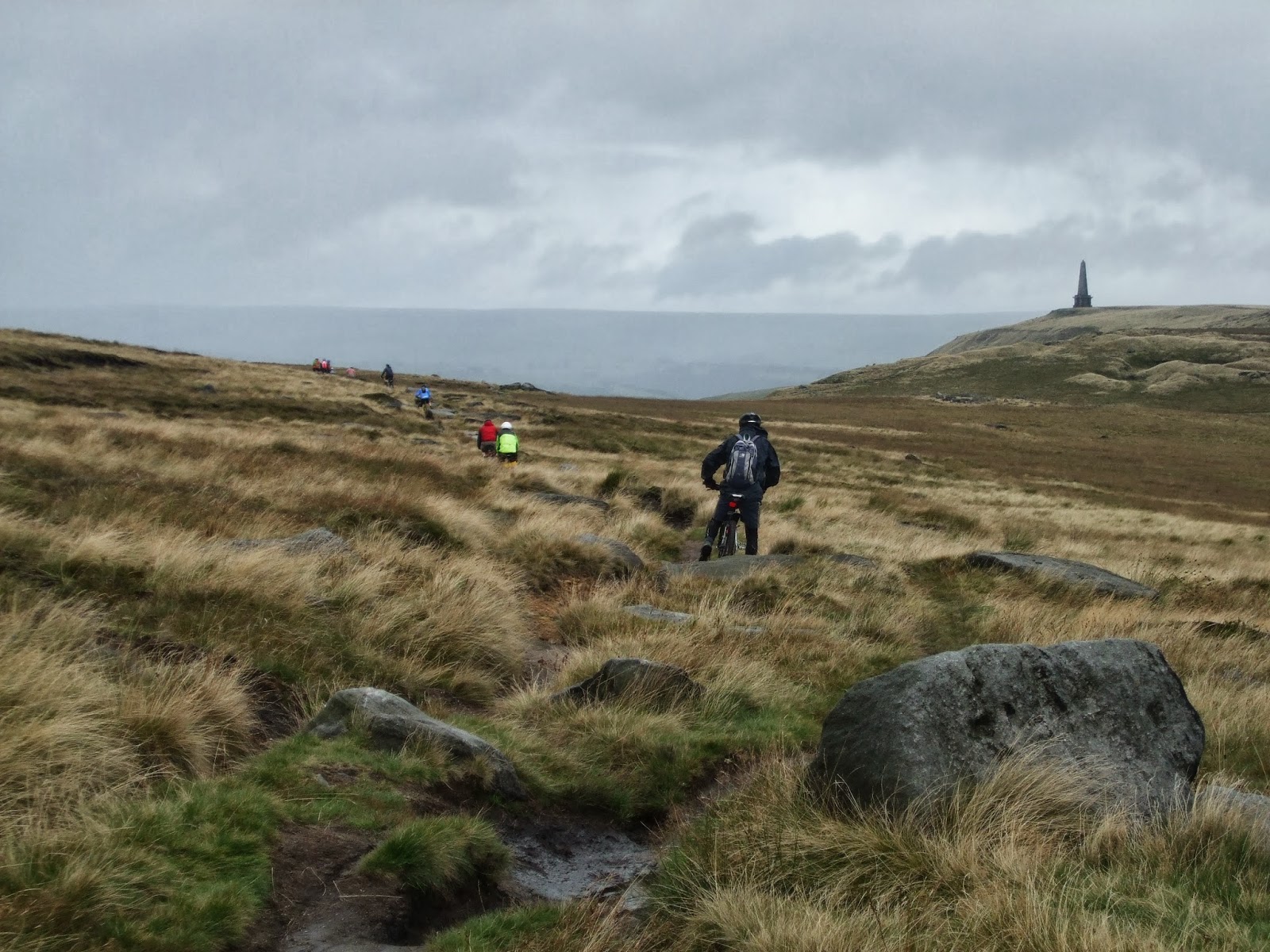 As we neared Stoodley Pike, the drizzle thickened and the squeak of discbrakes resonated around the moorland.


From here it was easy cycling, freewheeling down to lunch and returning via the Rochdale Canal. 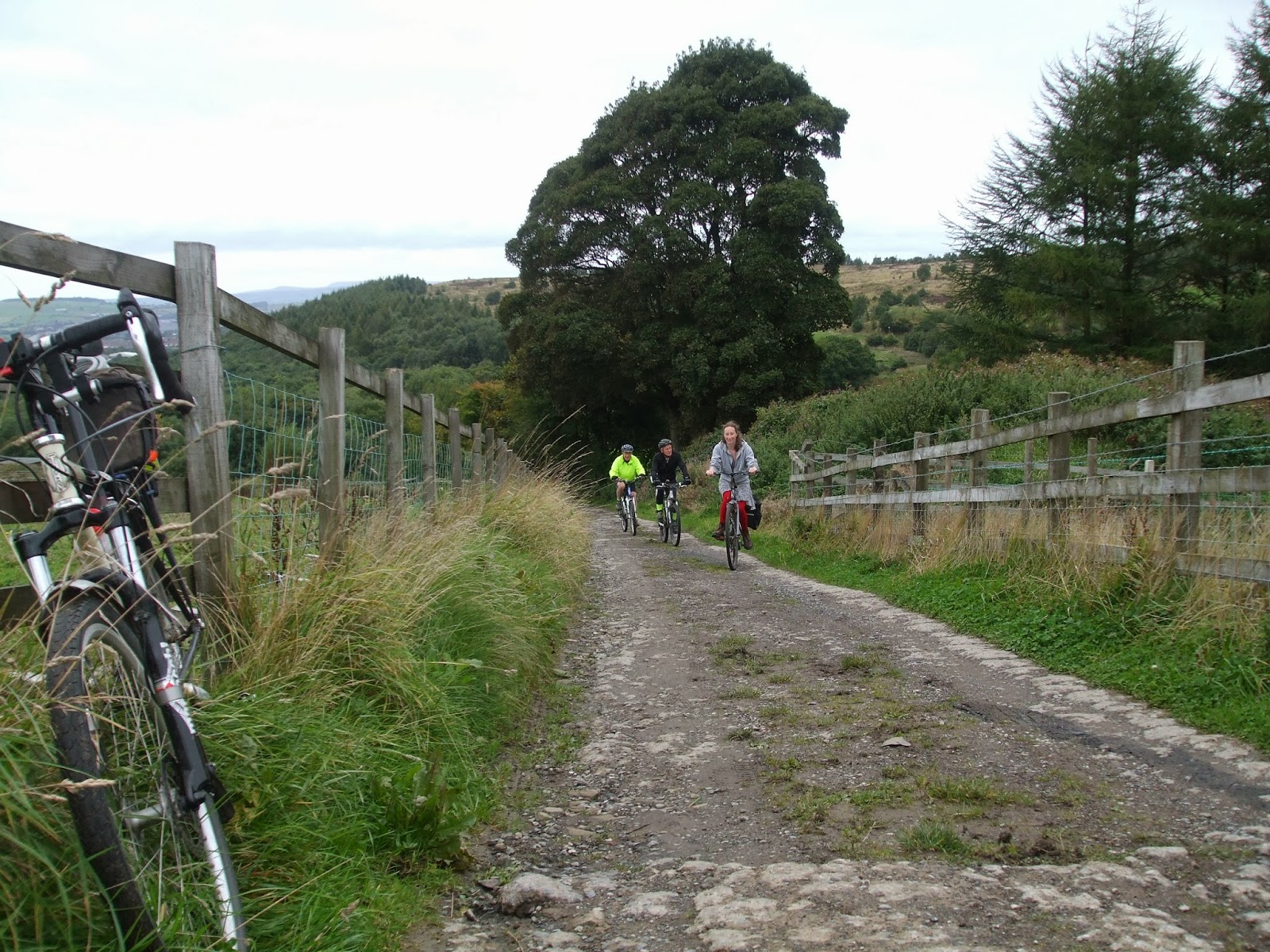 I packed in some route exploring on my way home from work on Thursday ahead of Friday's ride. I had a great time spending two hours pounding around the place on tracks I've been wanting to explore for months.

Exploring new tracks usually leaves me with a massive smile and enthusiasm, and this was no exception. After 10 hours in work and tree hours of cycle commuting/exploring I was beaming. 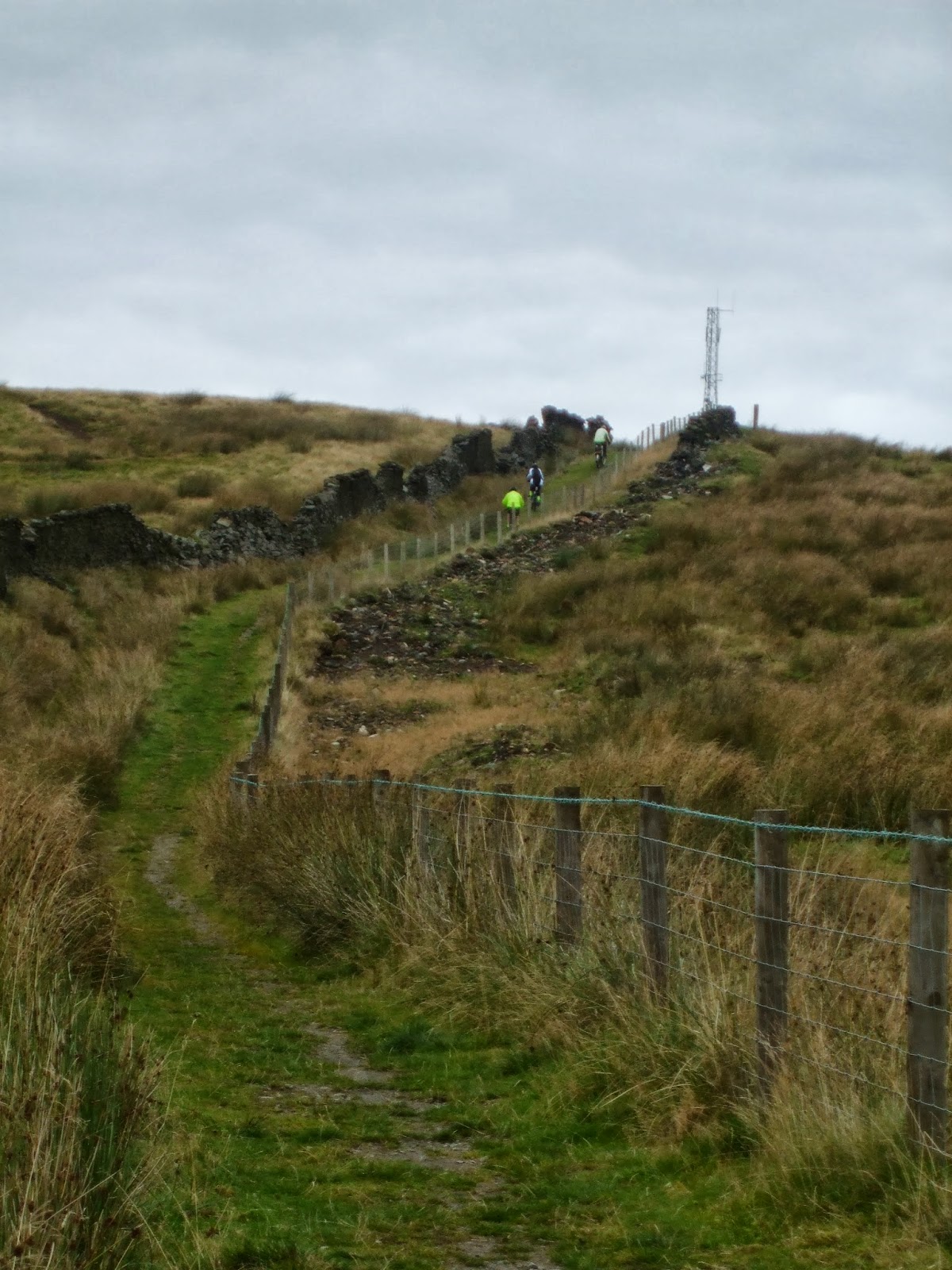 A small group for Friday's ride was ideal for the route I'd not had time to fully test out. I have some minor alterations to the route for next time, but on the whole I was pleased with it.  But I think I need to check out some slightly more sedate routes to lead or I might end up with some colourful nicknames! 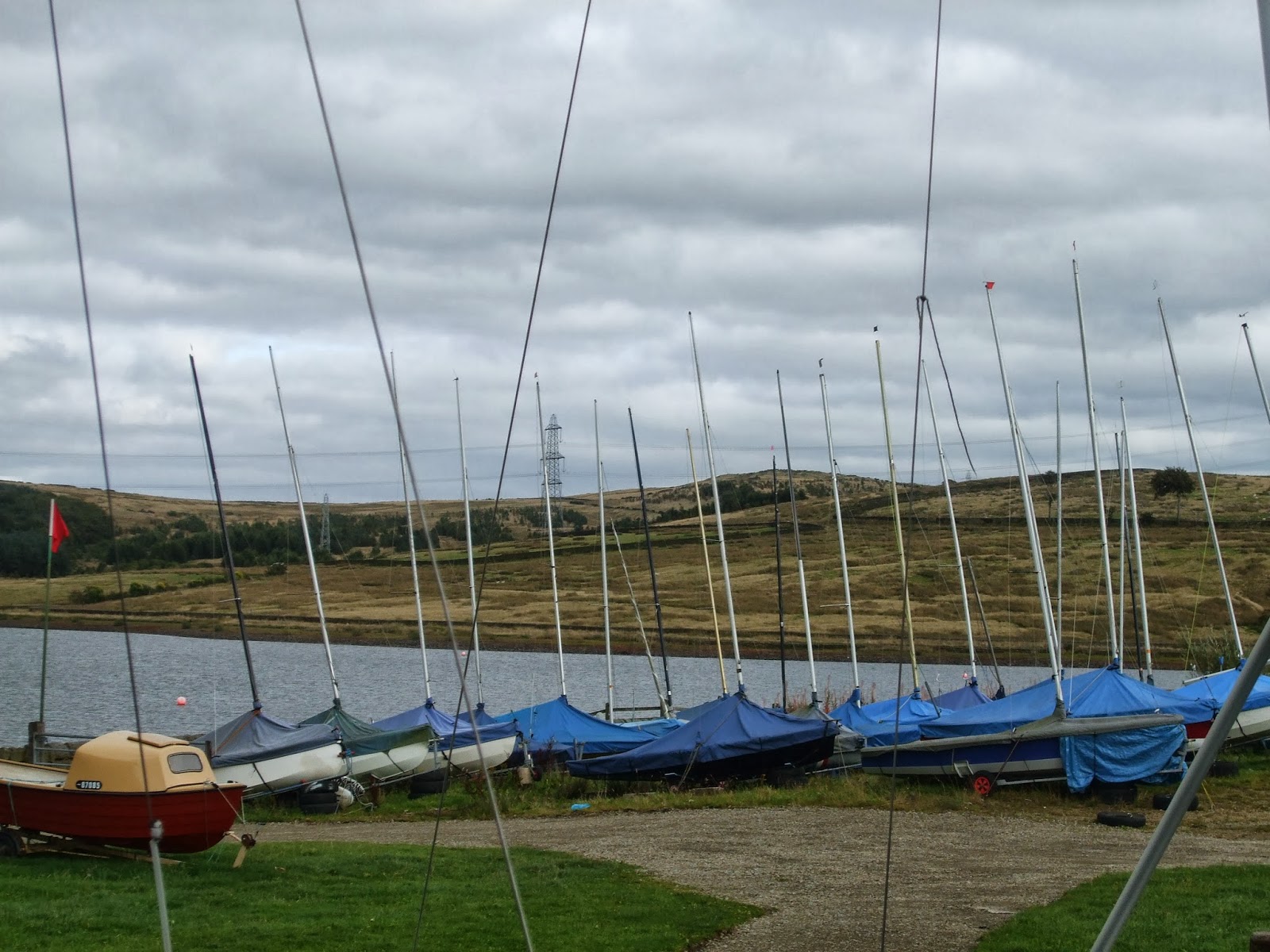 We enjoyed a rest at Rossendale Valley Sailing Club before tackling the last hill of the day en route to the Singing Ringing Tree. 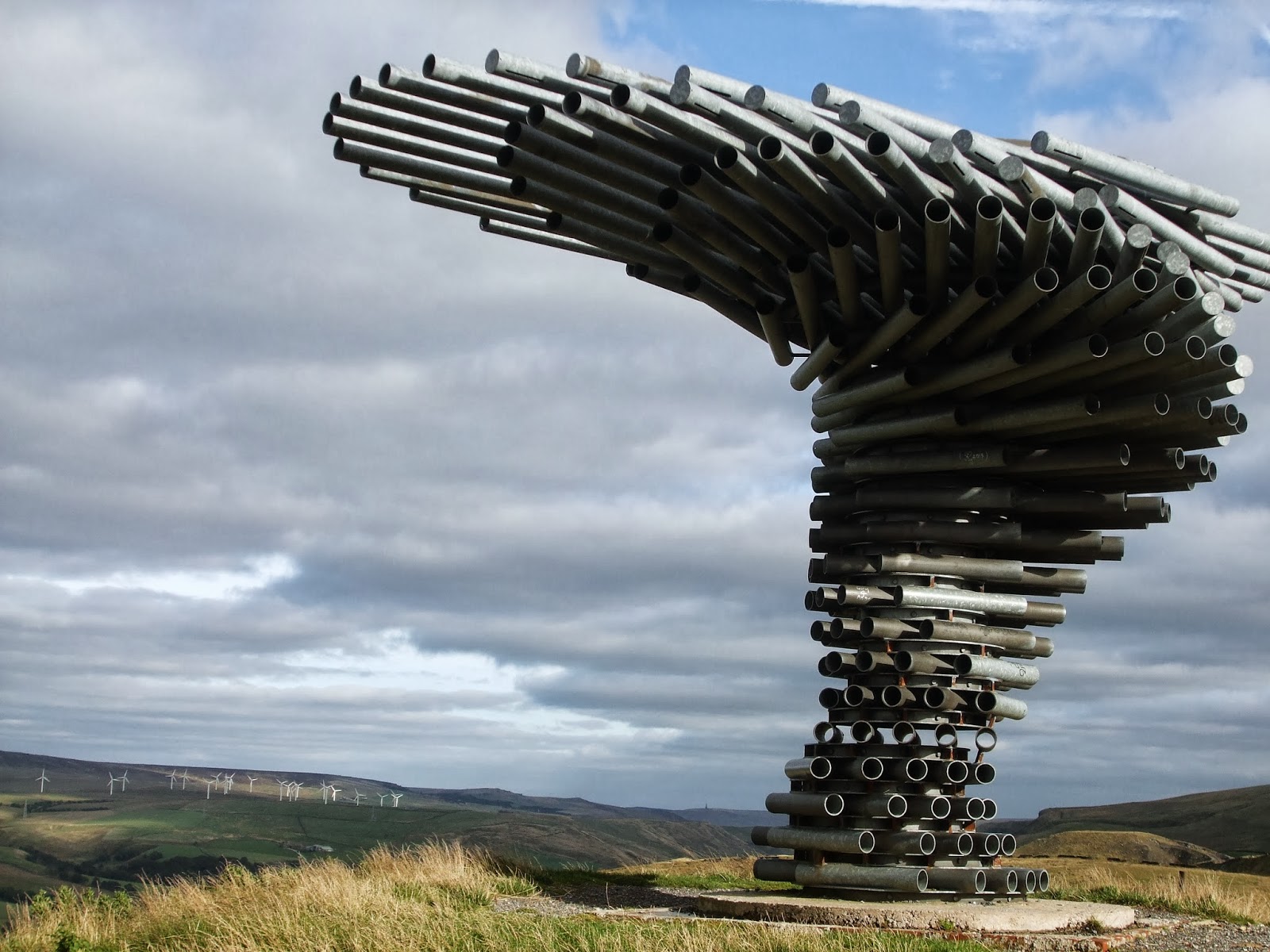 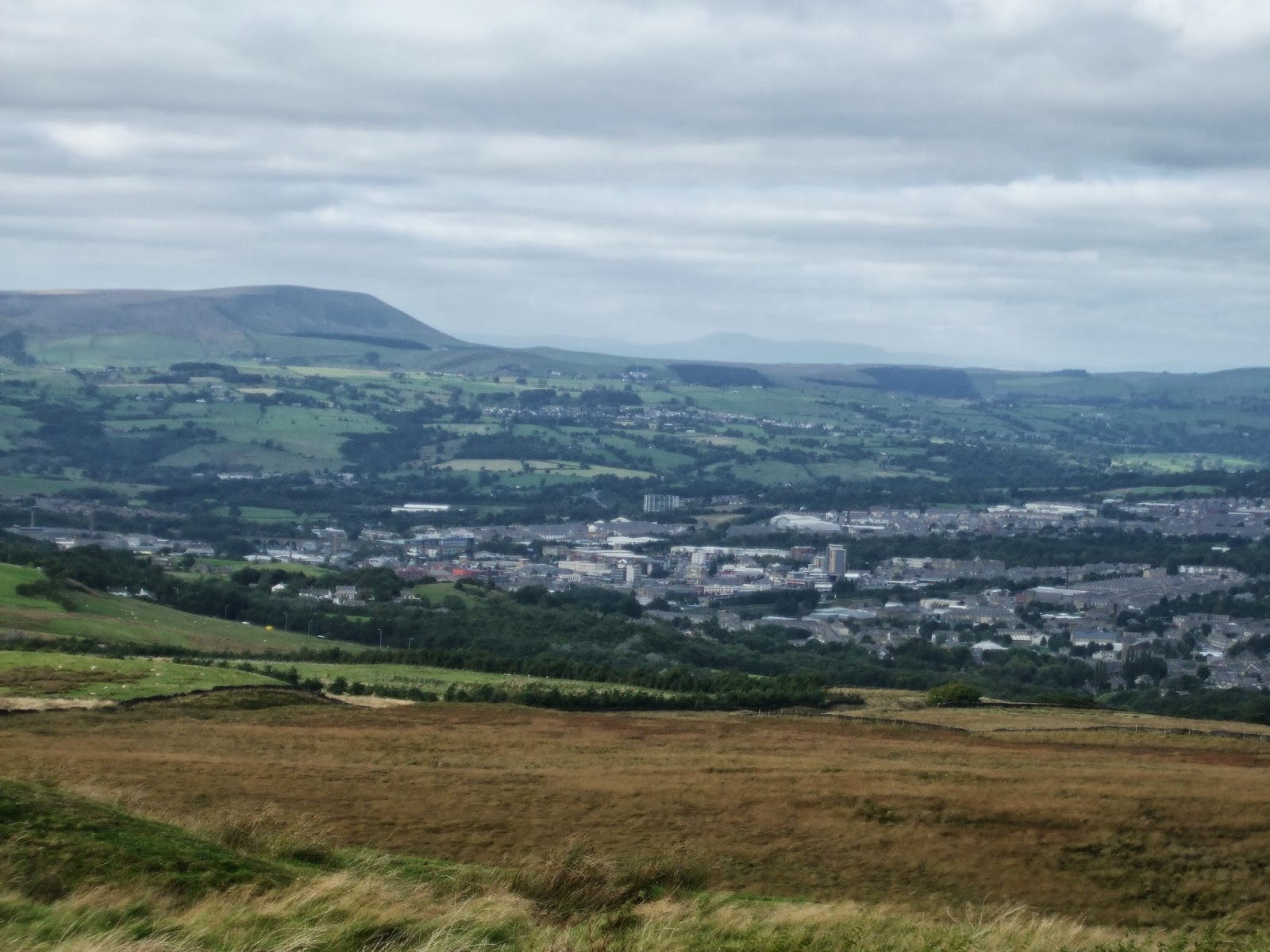 The Friday rides will be taking place once a month on a rolling pick of routes around Lancashire. Alas since I work, I probably wont be able to make many of them, but for people who enjoy the leisure of Friday freedom, it's a great excuse to go for a ride without it eating into the weekend.

Farewell to Summer once more

Summer seems to have come to a close very quickly this year.
Before I went on my camping trip, flowers were in bloom & I couldnt get away from butterflies. Since I got back afew weeks ago, everything seems to have lost its colour, nature is getting all autumn and it's dark almost as soon as I've eaten my tea each evening! It doesnt seem like two minutes since we did the NCN6 from Manchester into the Pennines in glorious sunshine.


The Blackpool Illuminations ride of course heralded the end of the summer and the last picnic of the year was spent at St Anne's after a quick paddle in the outdoor pool before sunset.

A group of us met and ate home-made chocolate fudge cake whilst waiting  for the traffic to be banished from the seafront to enable a river of bikes to enjoy the illuminations (now in its 101st year). 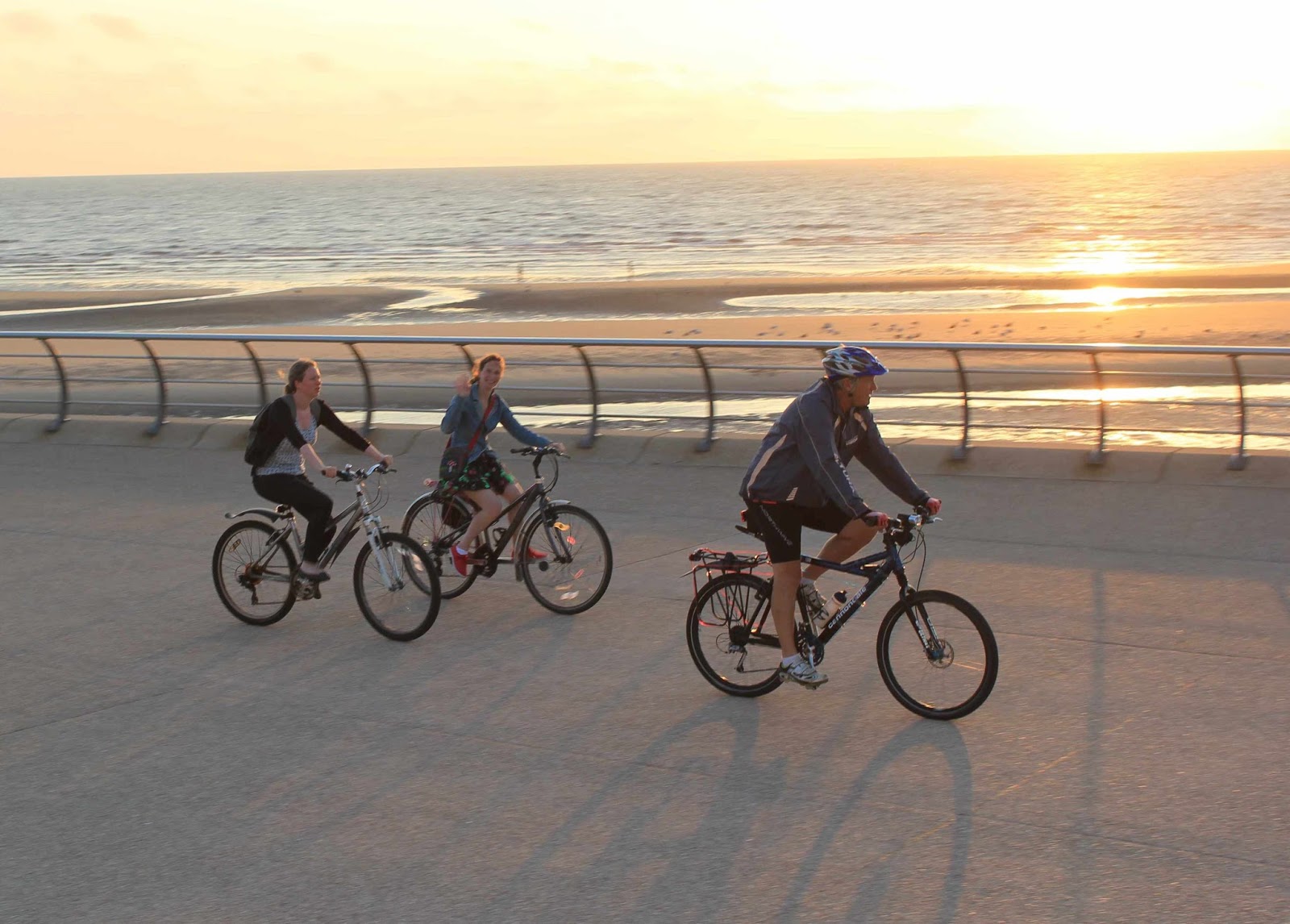 Our last post-work bike date out for tea had us lighting up as soon as we'd left the pub.
And this year I'll be investing in some bright lights for off roading in the dark on my way home from work.


The weather has also taken a turn for the worst, but this year I've toughened up even more and the wet hasnt stopped me riding to work or getting out on those hills (yet).


Ski gloves, scarves, dubbing your boots. Farewell summer, you've gone fast this year, but thanks for the sunshine & going easy on those headwinds this year.