Apologies for the huge gap in blogging. It's been manic! 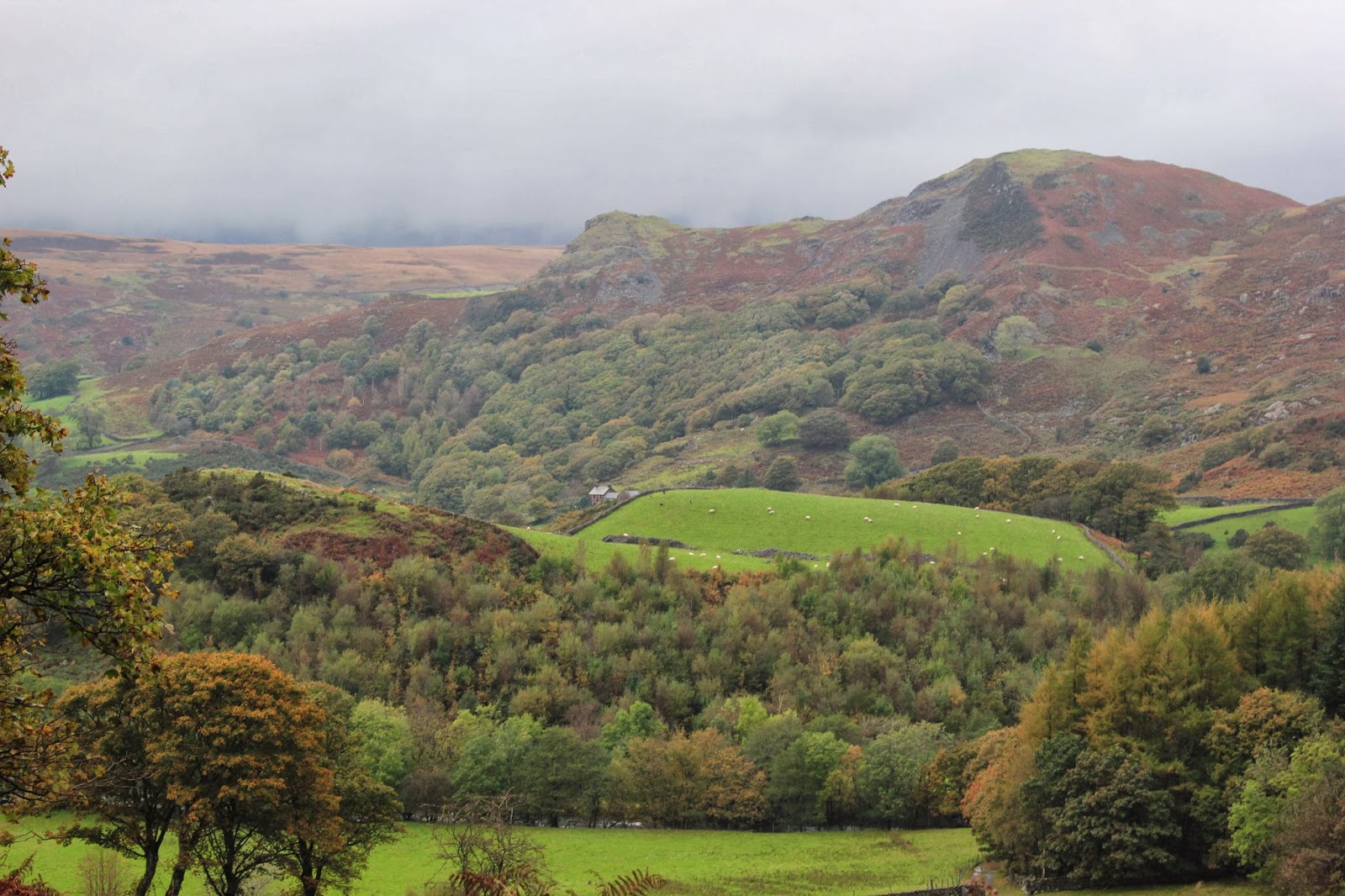 Stephen's birthday was our second day away. To be kind to him, I let him have a day off the bike. He's always wanting to go walking, so I obliged. And like the last walk, I was determined to walk his feet off so he wouldnt make such a daft suggestion again!! That's his theory anyway, for why the walk was so tough.

Birker Force was torrential so we decided to take a closer look. There's actually no path to the waterfall itself, so we clambered over rocks and bracken to take a closer look. We were drenched in no time. The falls were dramatic, but not very pretty.
We returned to the bridleway, but the bottom of the falls had burst their banks and the bridge only crossed part of the waters. A family were at the other side trying to figure out how to get across... my solution was the only solution that a bad-ass girl could come up with 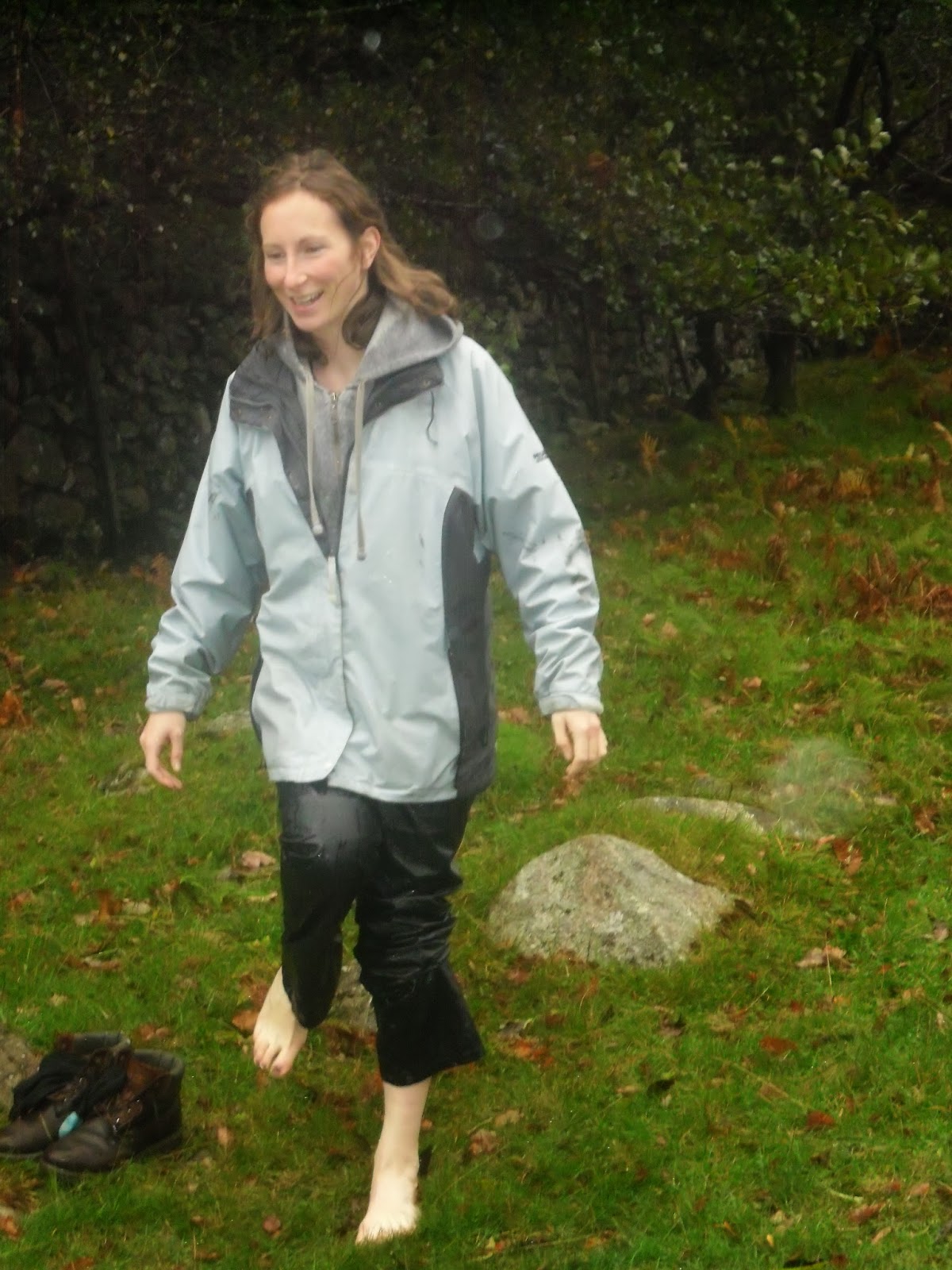 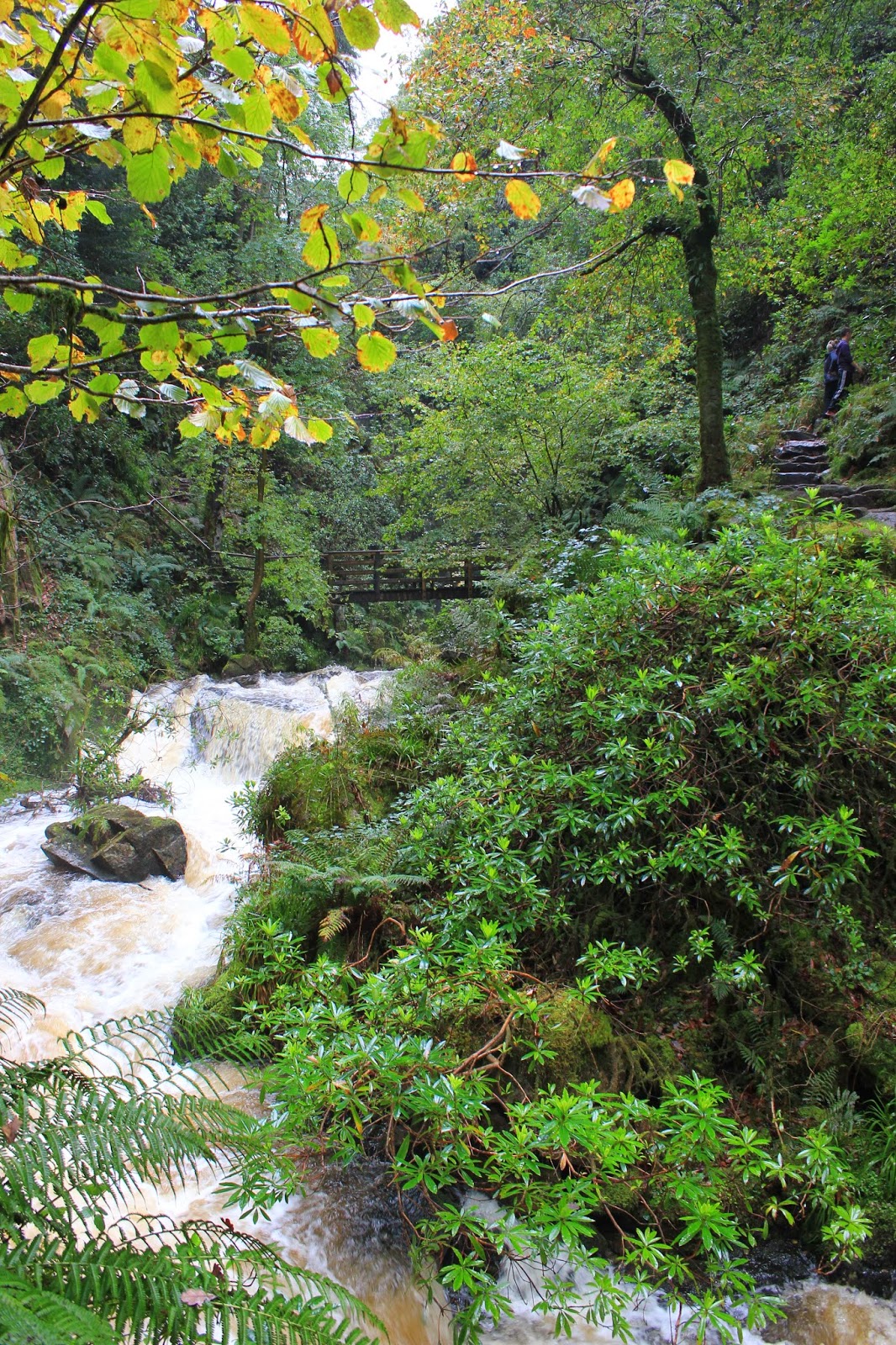 Even though the weather was damp, the path to Stanley Gill was pretty busy. This is my favourite waterfall and I'd never seen as much water gushing down the valley before, so I was looking forward to seeing it. The usual trickles from the sides of the dell had turned into waterfalls themselves. 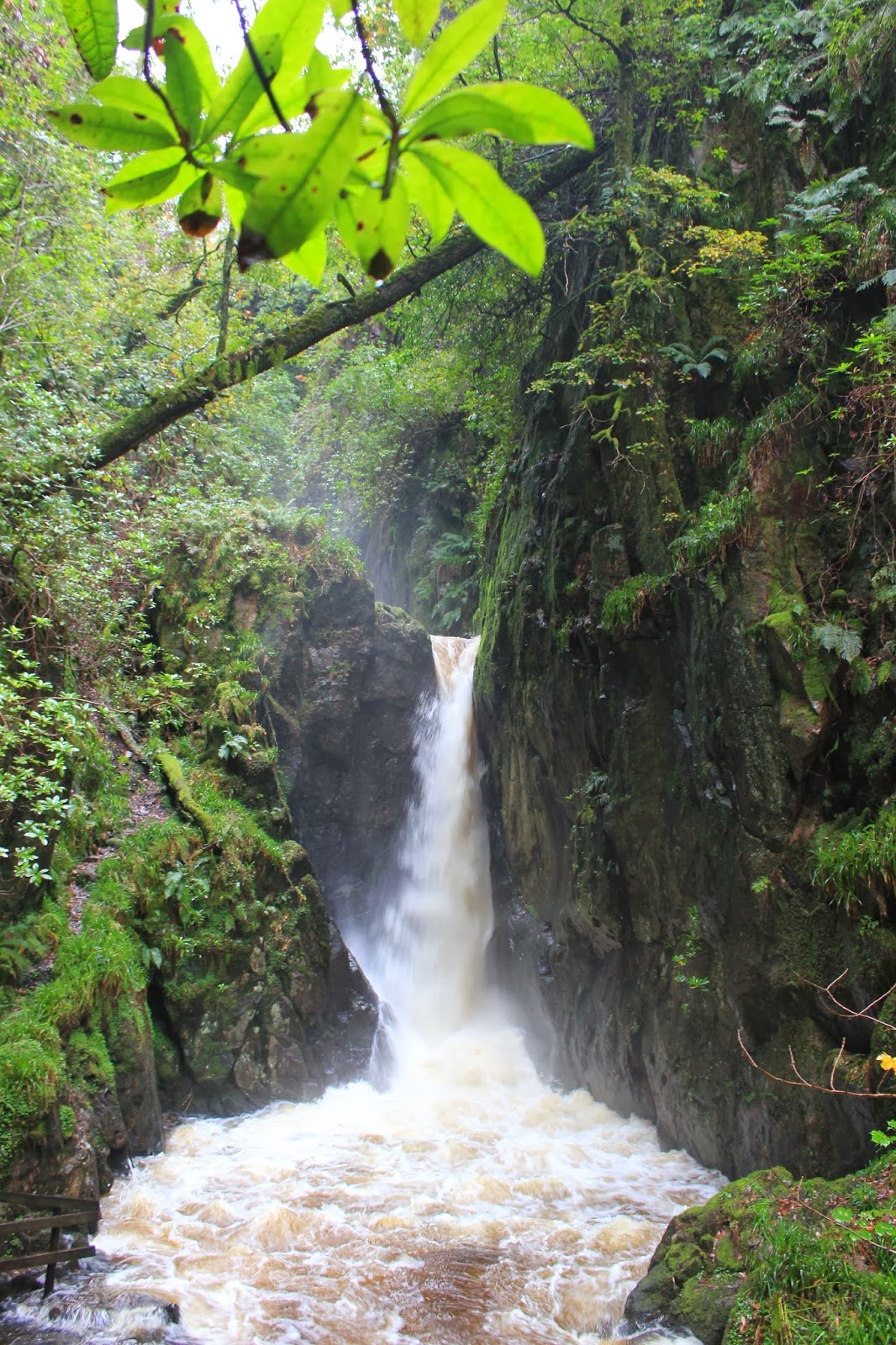 A well timed lunch at the cafe at the end of the Ravenglass Eskdale railway meant we avoided a massive downpour before the afternoon section of the walk.

We continued down the valley towards Eskdale Green following bridleways meandering around the hills en route to the Japanese Garden at the wonderfully named, Giggle Alley. 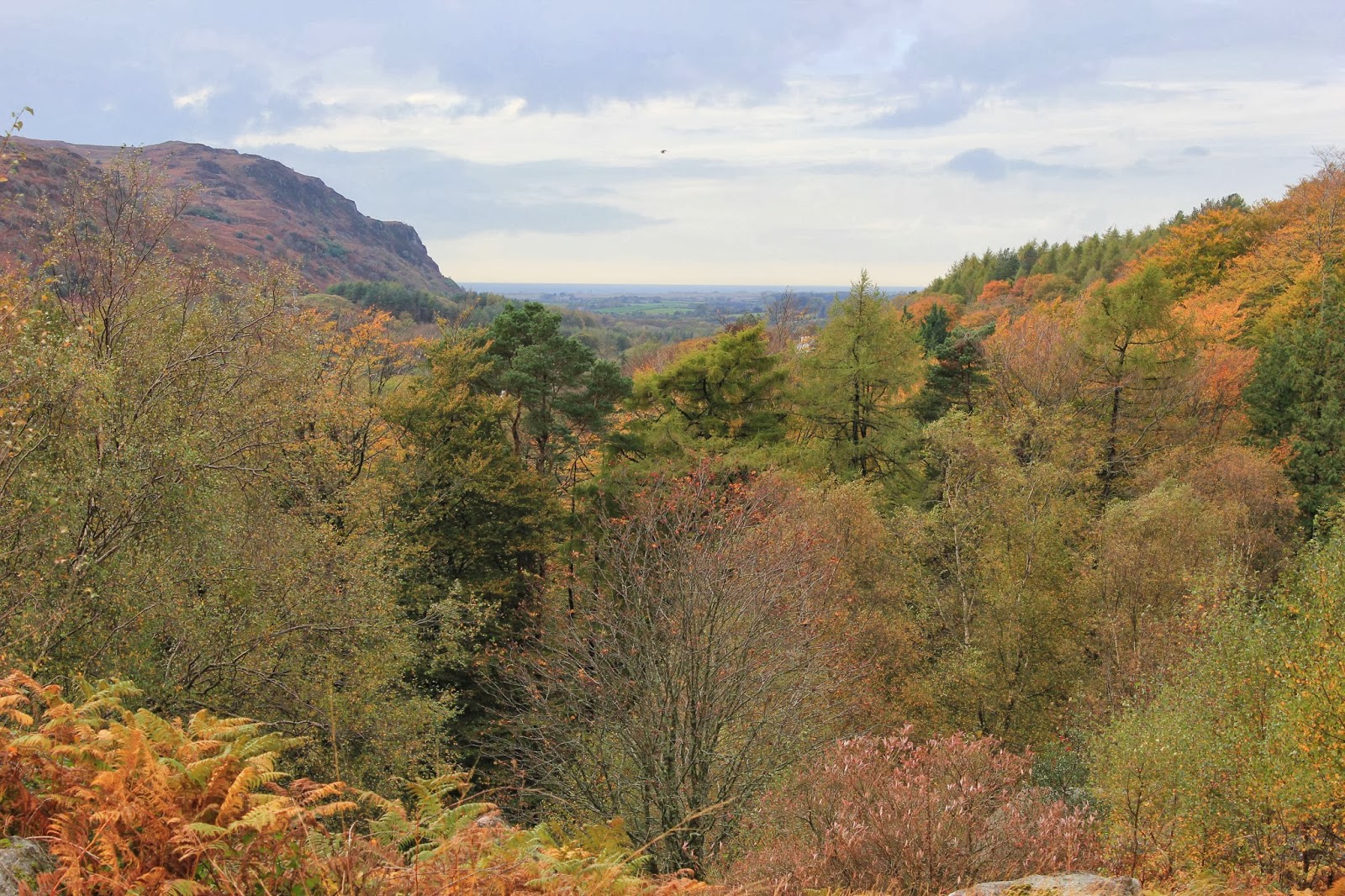 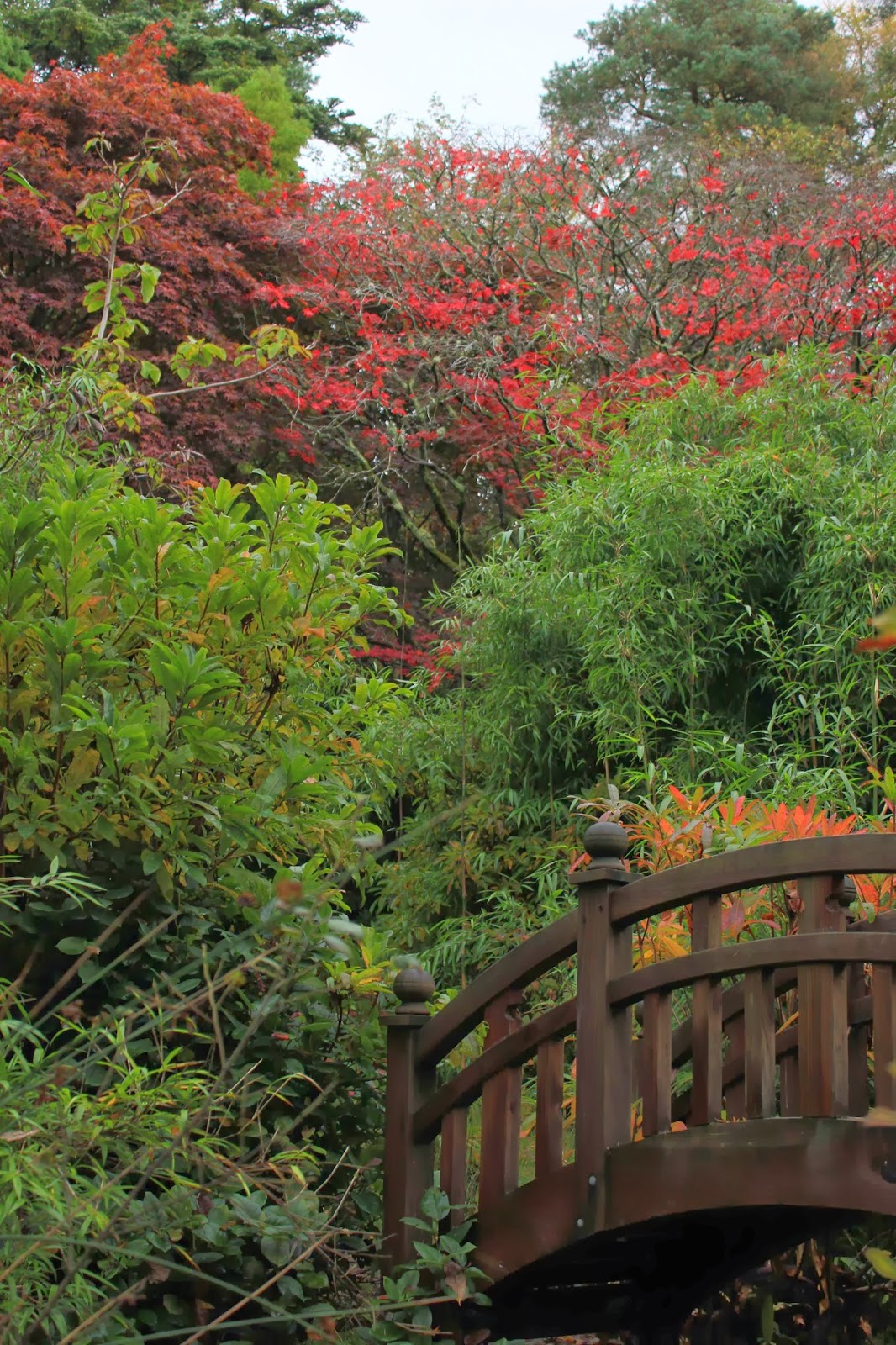 The Japanese garden is growing wild since I last visited it afew years ago. It had been maintained by a group of volunteers, but I guess that has fallen by the wayside. It still looked beautiful though, but not quite the manicured preciseness you usually find in J-gardens.

Darkness was creeping in as we heard distant rumbles of thunder. We were still at the furthest point from the hostel.


As we climbed back to the hills we watched the dramatic clouds moving across the landscape. 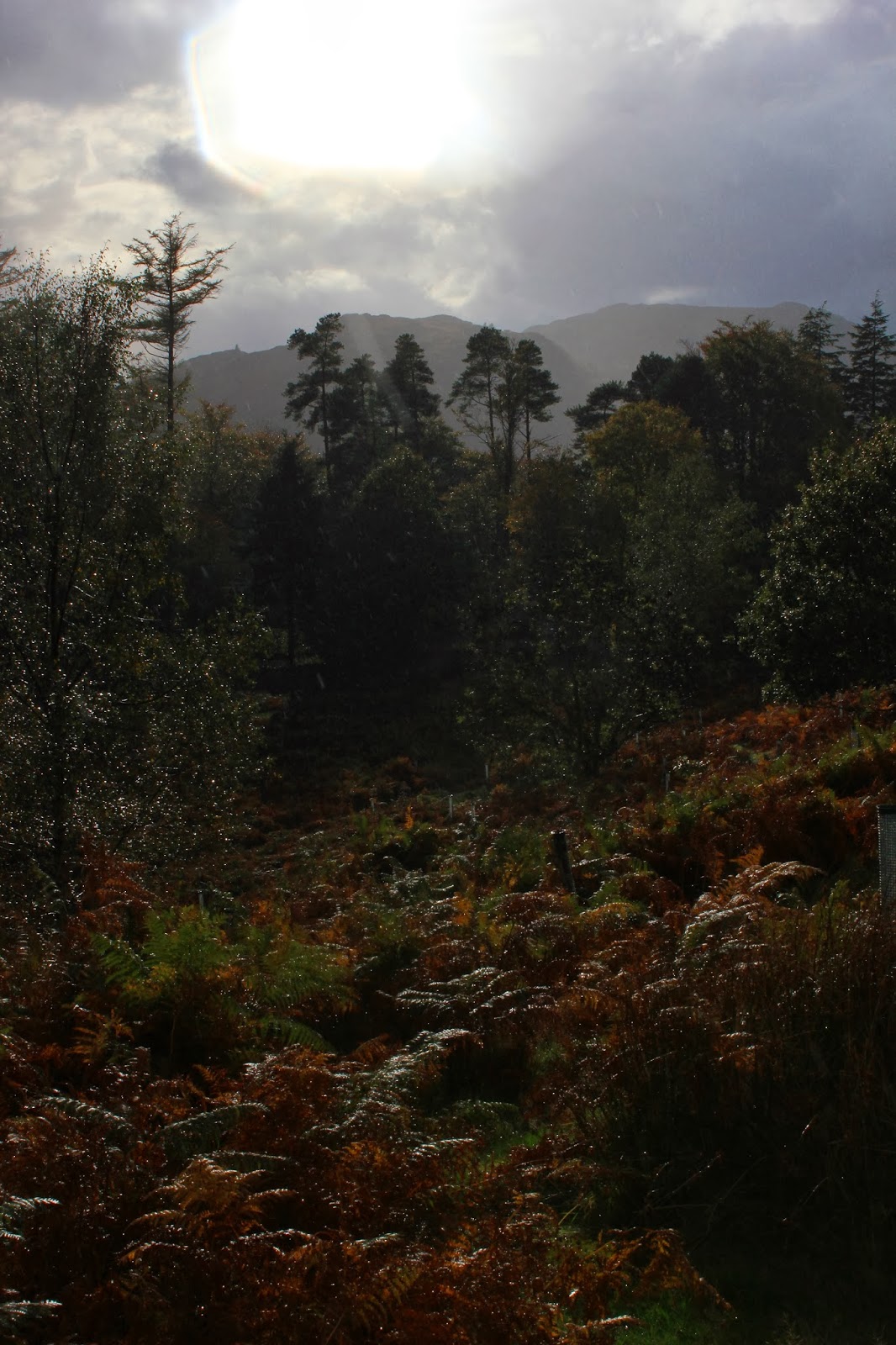 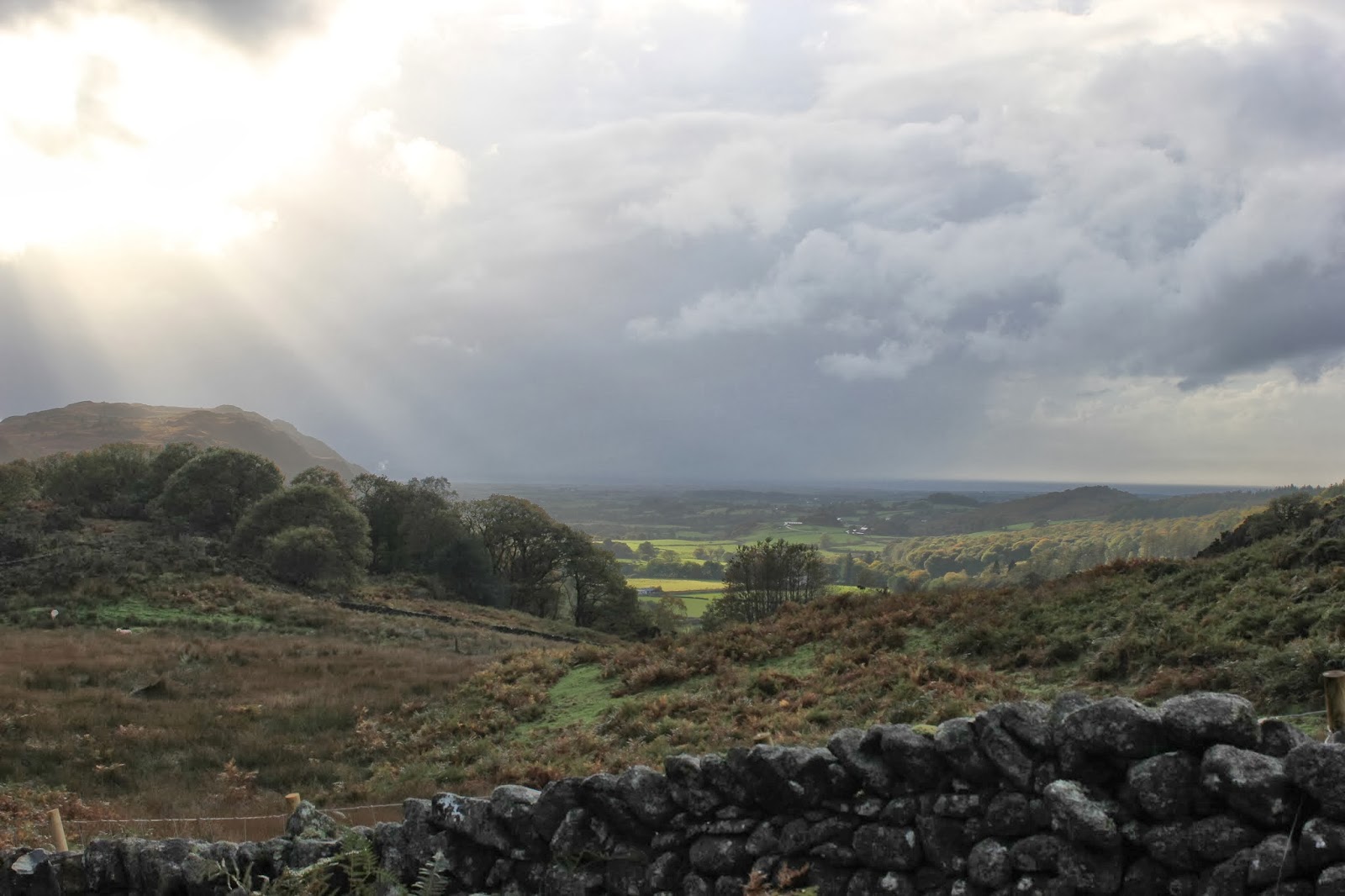 The grey soon cleared to let the glow of the setting sun warm up the view of the valley below. 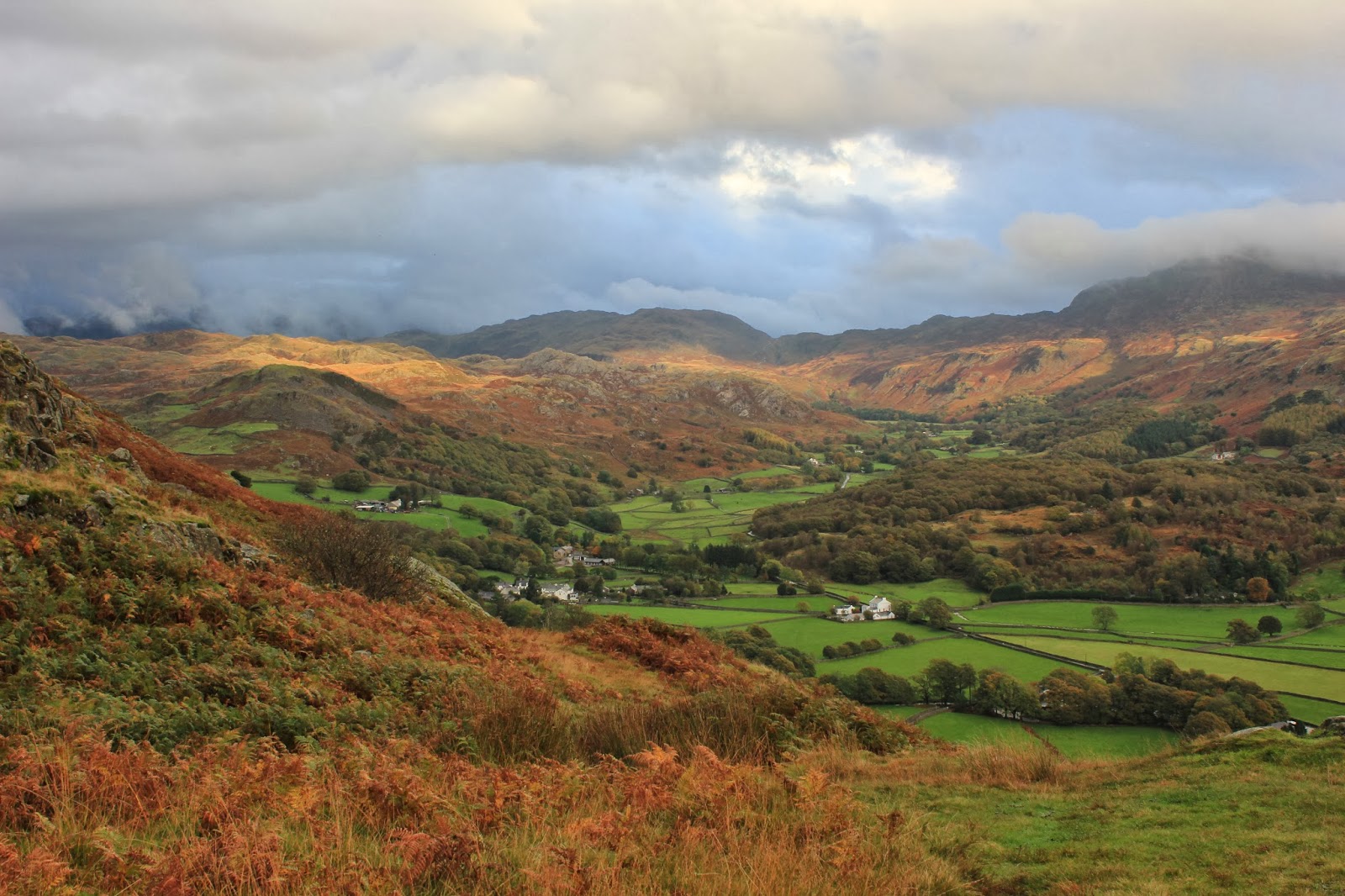 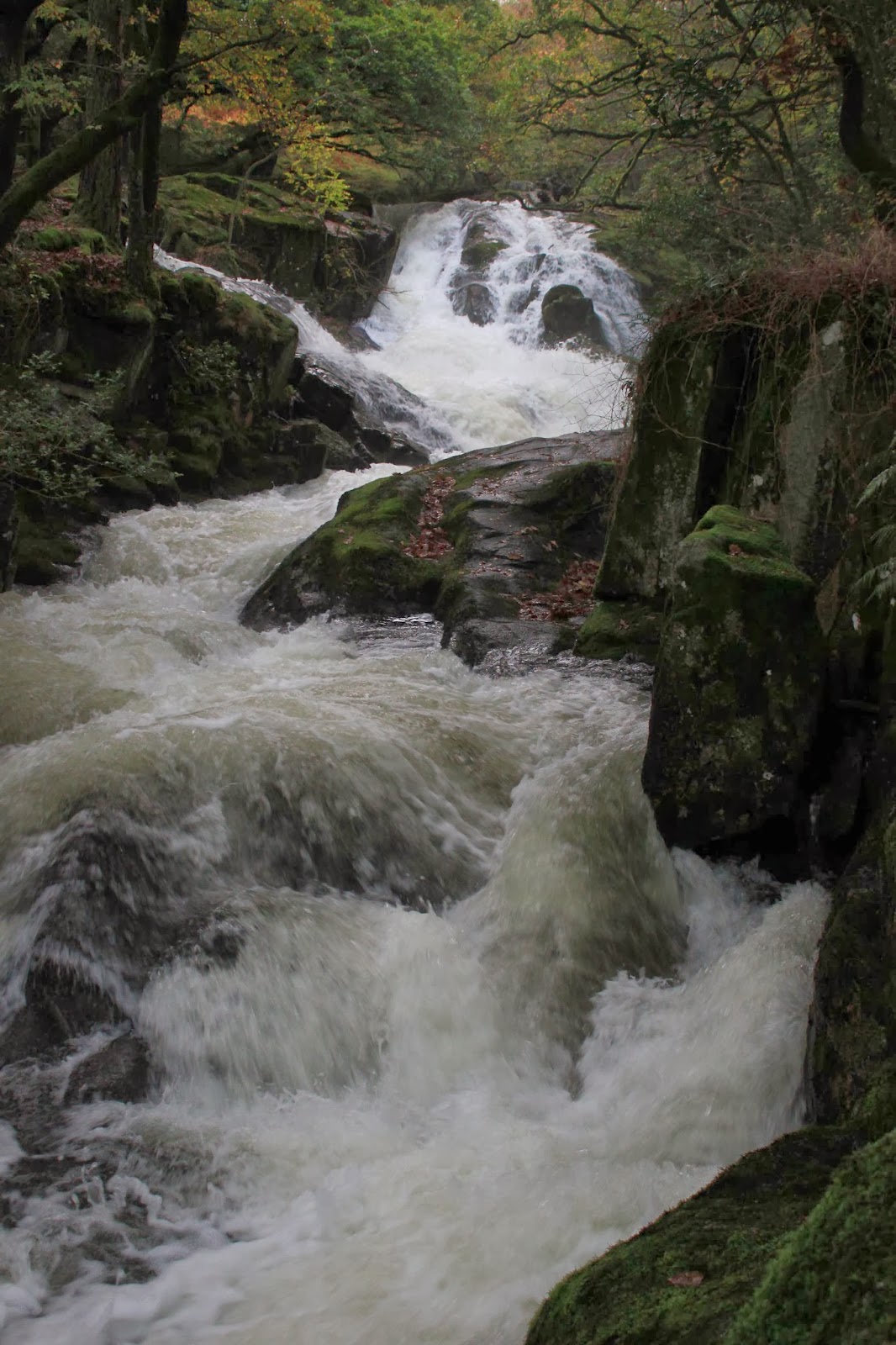 The last few miles of the walk were getting darker fast. I enjoyed the fun of clambering round in the gloom choosing to finish the walk on footpaths rather than on the road.
One last waterfall, which is called Whillan Beck... not beck like today, more like Whillan Force.

The walk had been hard work, but stunning at every turn.


We hung our wet gear in the smelly drying 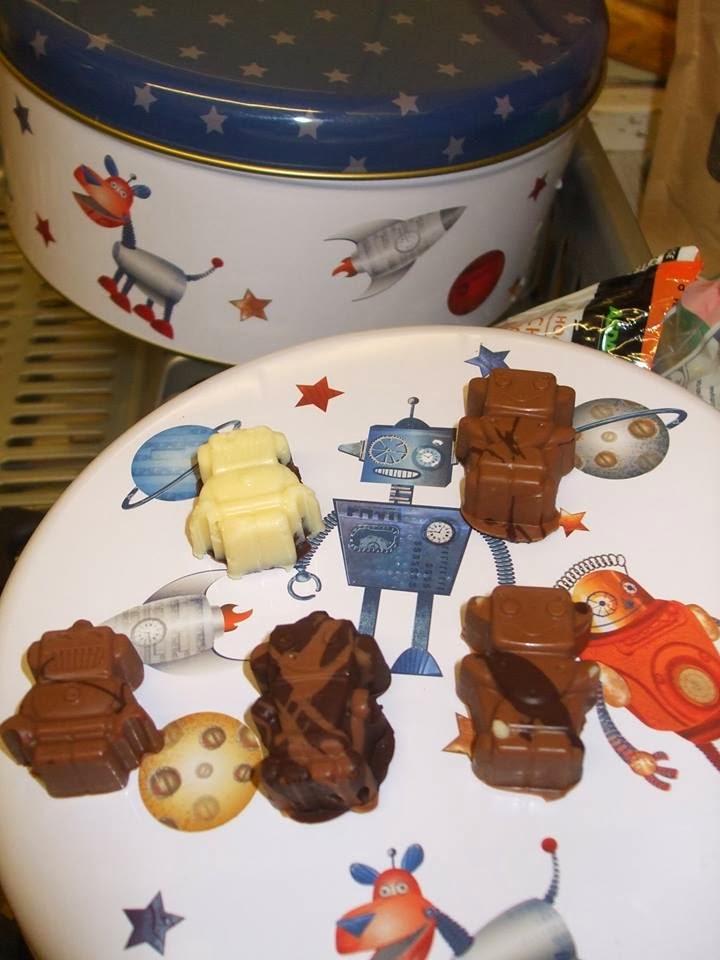 room and Stephen enjoyed some of the robot chocolates I'd made for his birthday. Well deserved too.


The last day of the trip was an easy 20 mile ride, mainly on road to the end of Wastwater to lunch at the pub at Wasdale Head. The road goes nowhere, so it's pretty quiet for traffic.
Britain's favourite view was obscured by low lying cloud, but still stunning, as the Lakes always is. 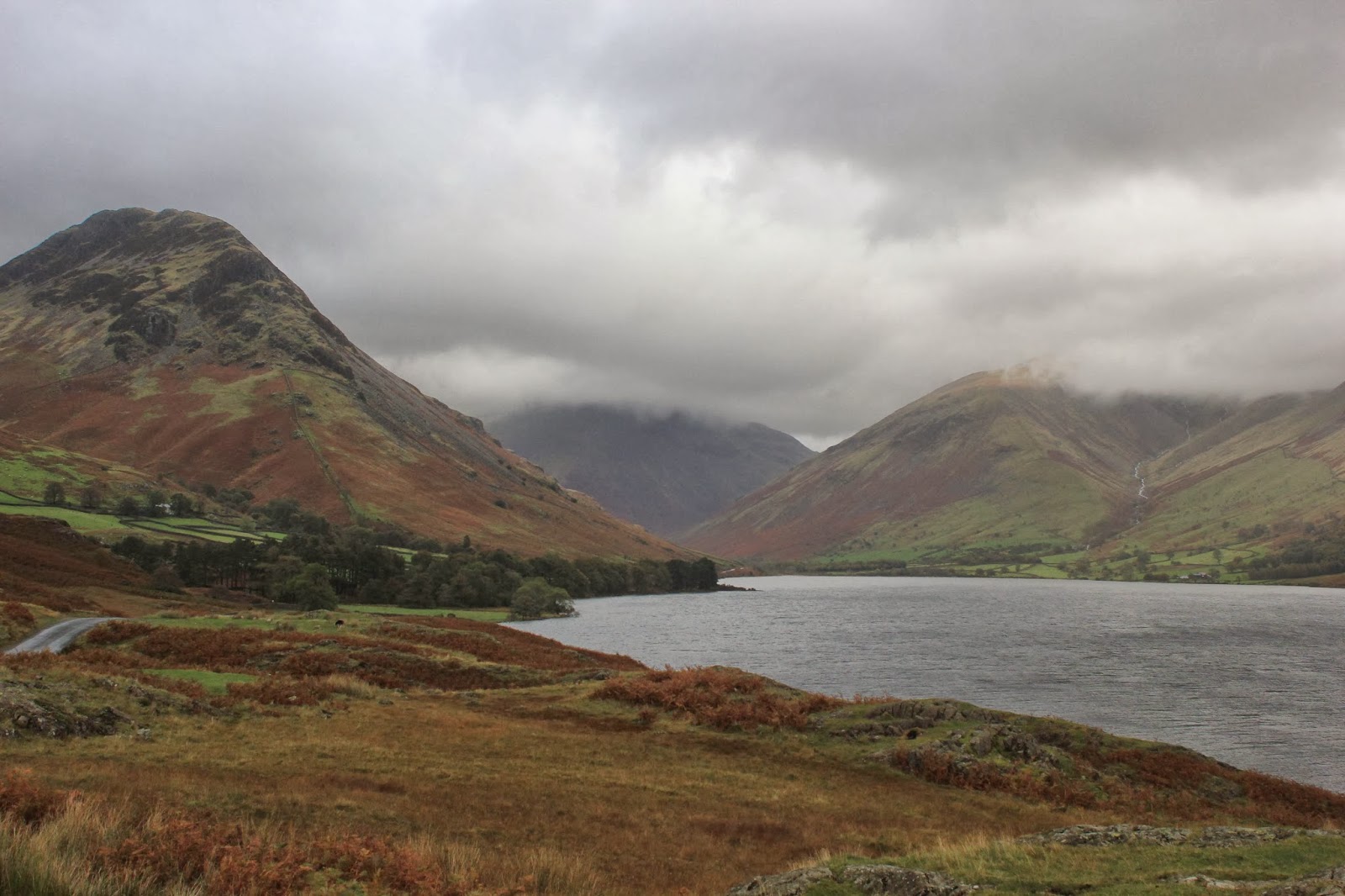 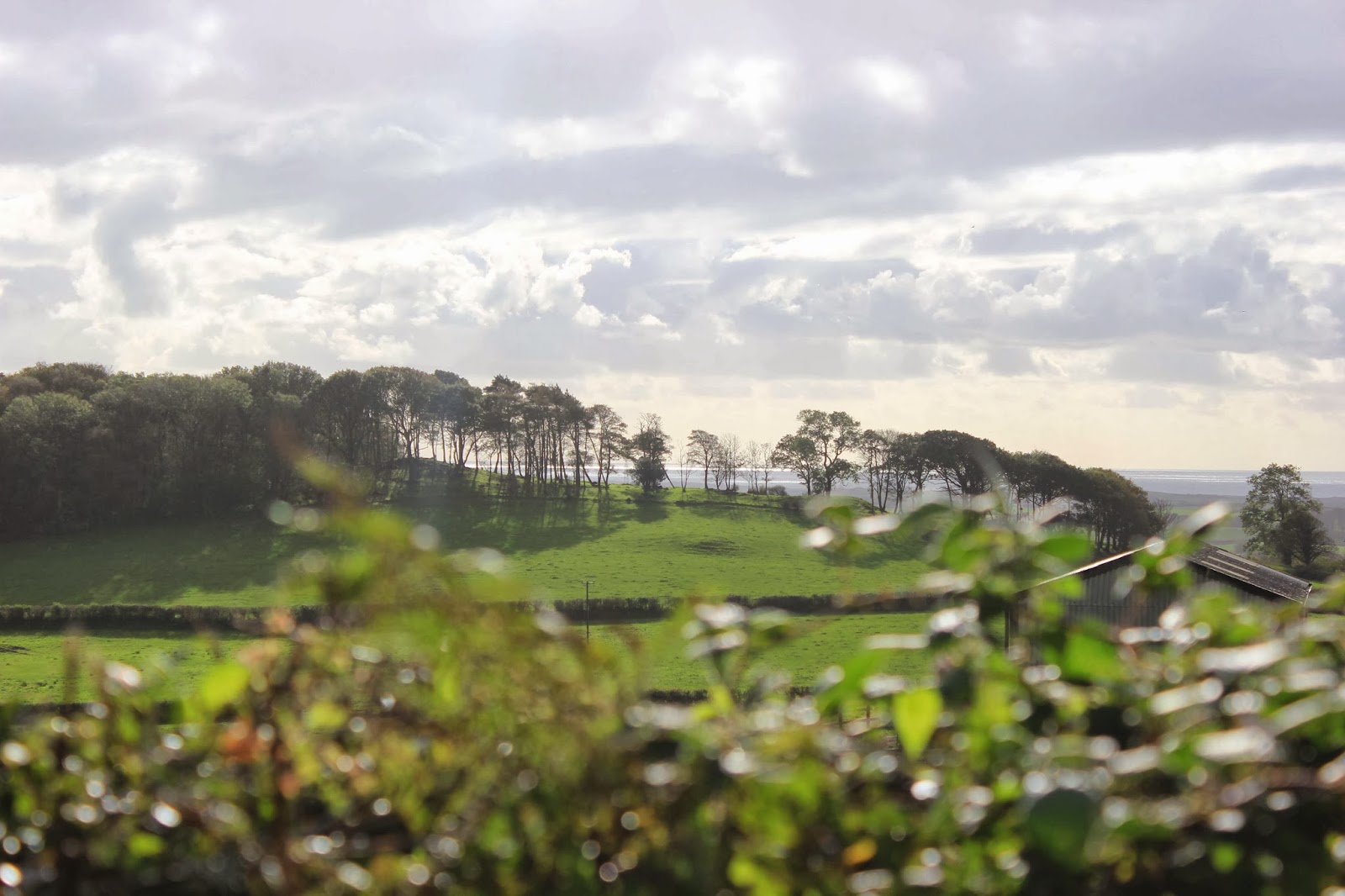 Stephen had hoped it would be a mainly flat ride, but as usual, I managed to get some hills into it as we climbed into a headwind heading back to Gosforth. It did mean a wonderful last view before a fast descent to finish off with. Always an ideal way to finish a trip.

S & I have birthdays on consecutive days, which makes it feel valid to make a special deal every year. Alas birthdays in October mean the weather could do just about anything. 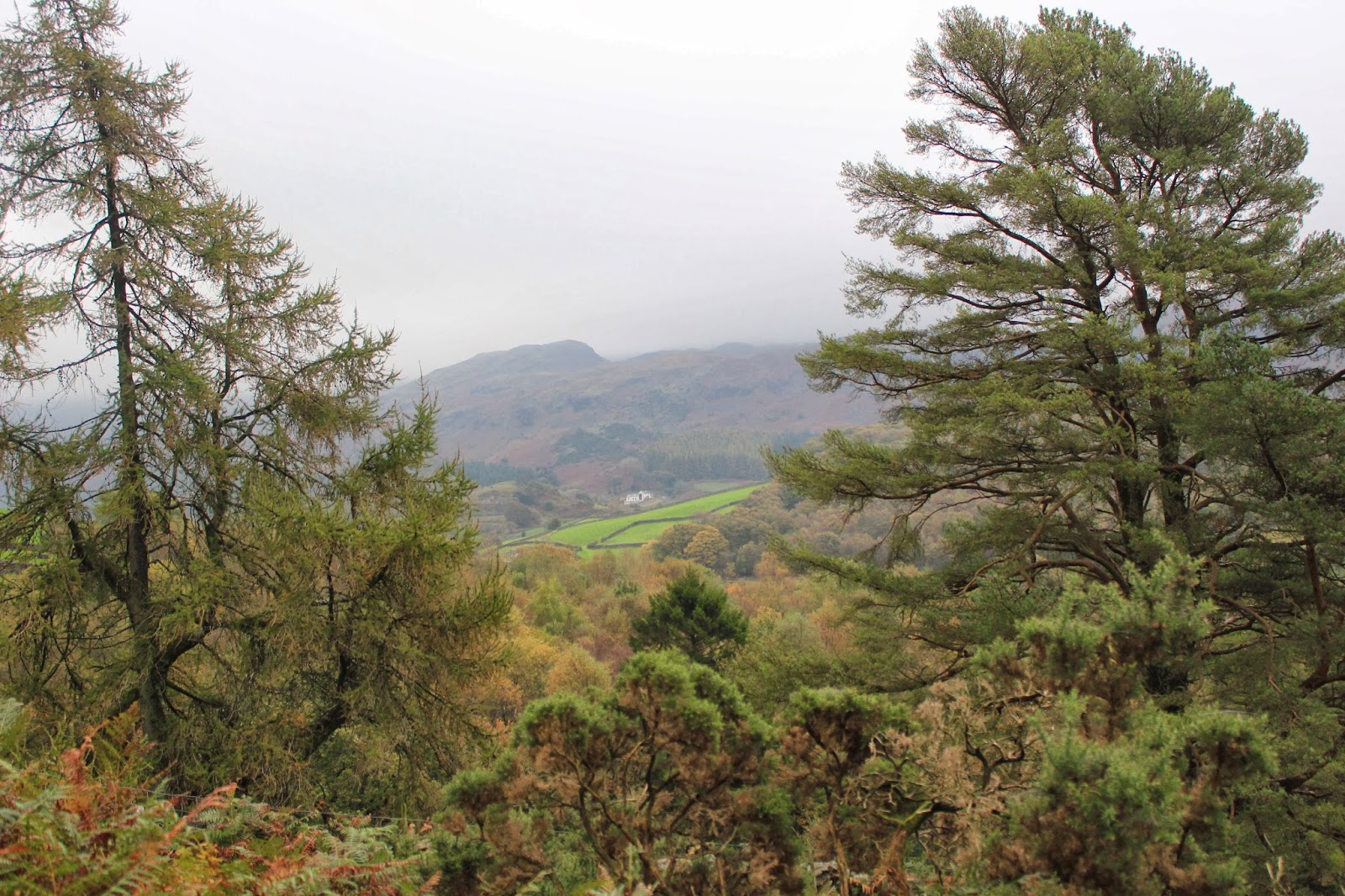 This year we bagged a bargain for 3 nights at Eskdale YHA for £39. No matter what the weather, that price meant it could never be wasted money. And as the trip got closer, the forecast showed ever increasing rain and winds.  I had hoped to do a hilly perm 100k audax on the trip, but with the forecast of gales and much dark skies, I decided to forgo that plan and save the audax for better weather next spring. So the off-road bikes got packed into the car and we ventured up the M6.

People always say that no matter what the weather, The Lake District is always lovely. We would certainly be finding out whether that rings true on our three night stop. 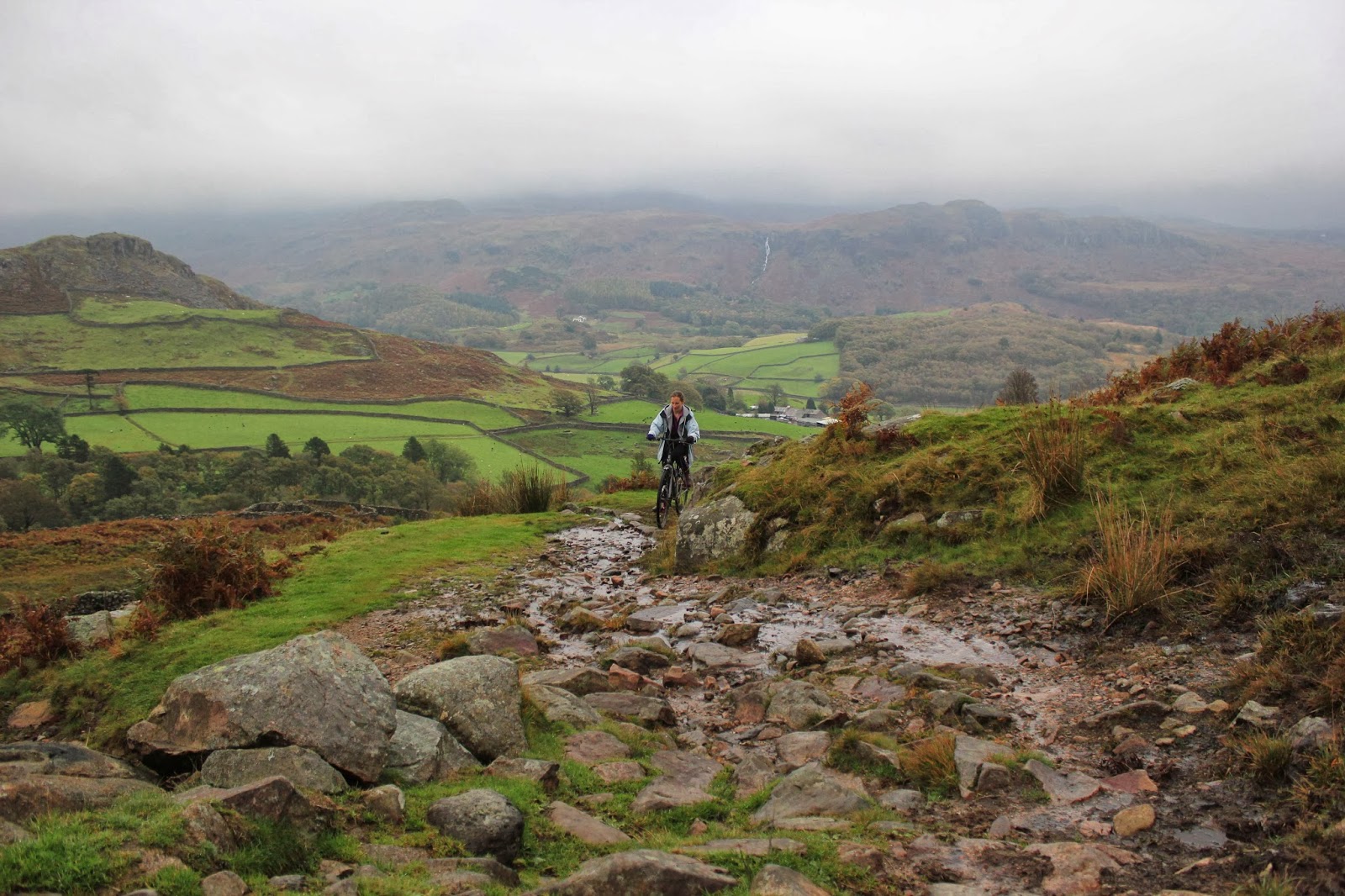 Monday morning, brought cards & pressies for me and after a leisurely start to the day, we set off on the plotted route that would take us on bridleways down one side of the valley of Eskdale & back on the other.
We climbed sharply up Eskdale Fell, into the damp clouds where the rocky bridleway quickly vanished into boggy moorland. My gps said we were on track, but there was no sign of any bridleway. The tussocky grasses meant there was a fair amount of bike-hiking as we headed in the direction of Miterdale Forest. It wasnt long before we were both begraggled!. 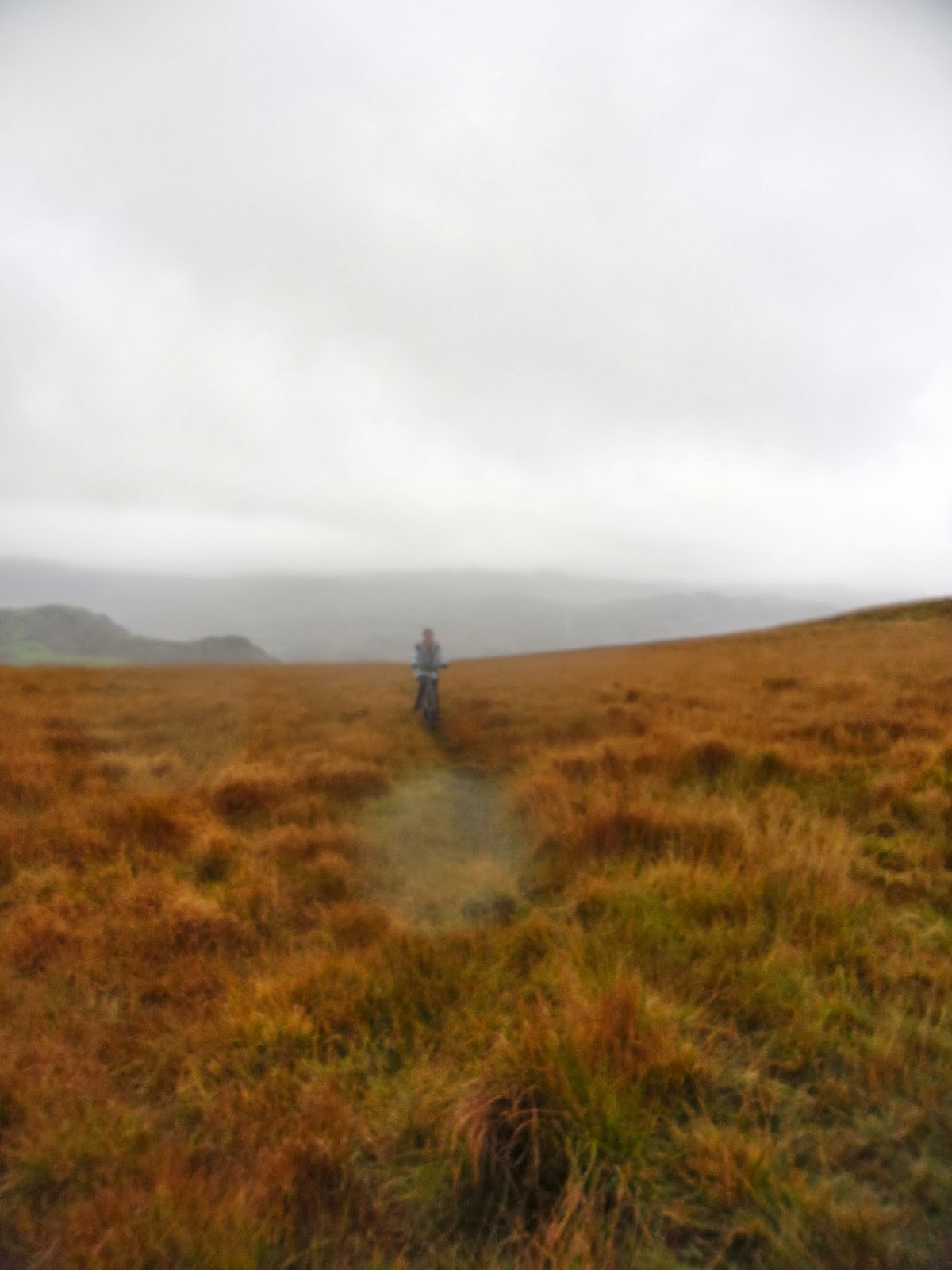 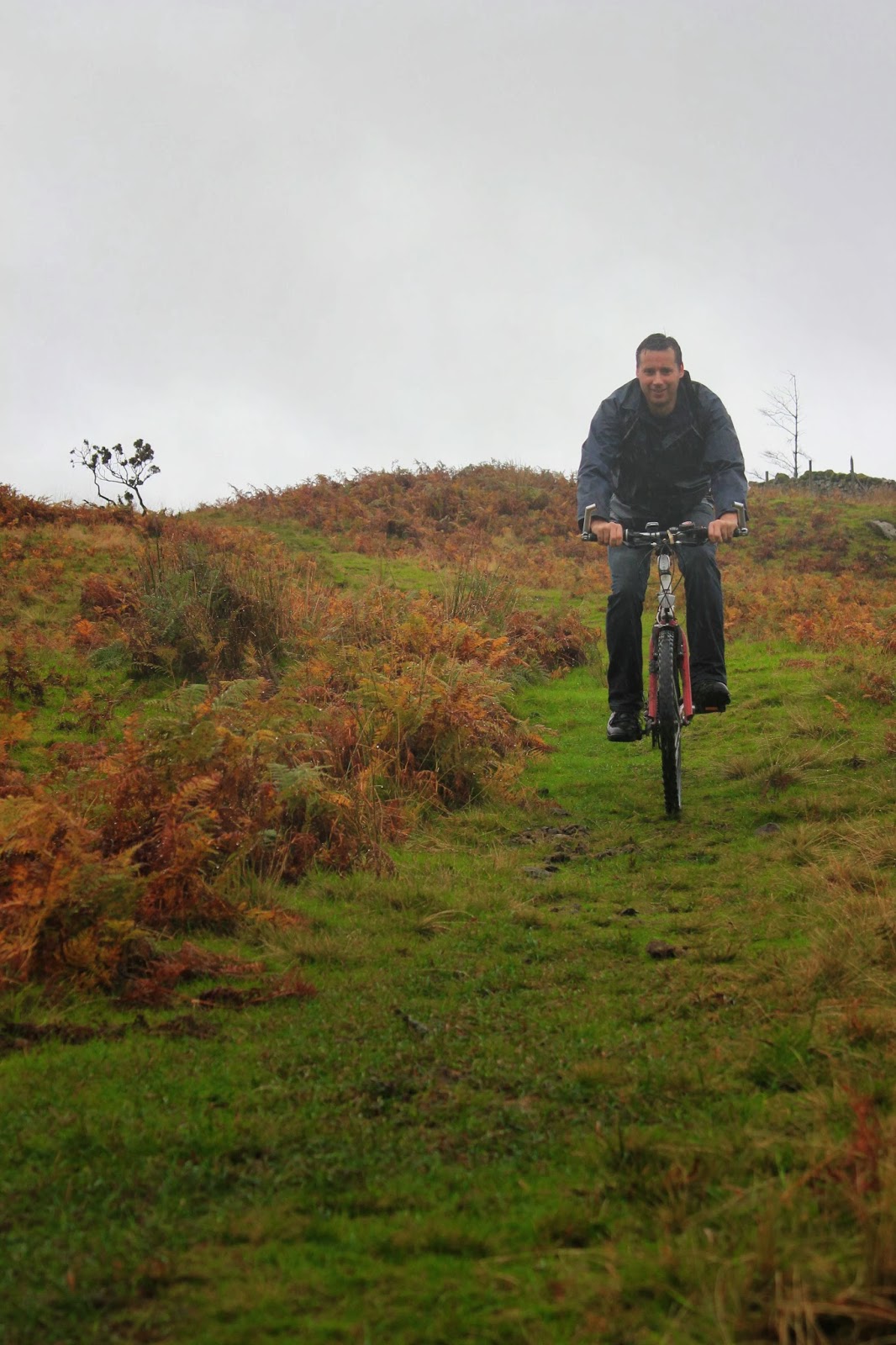 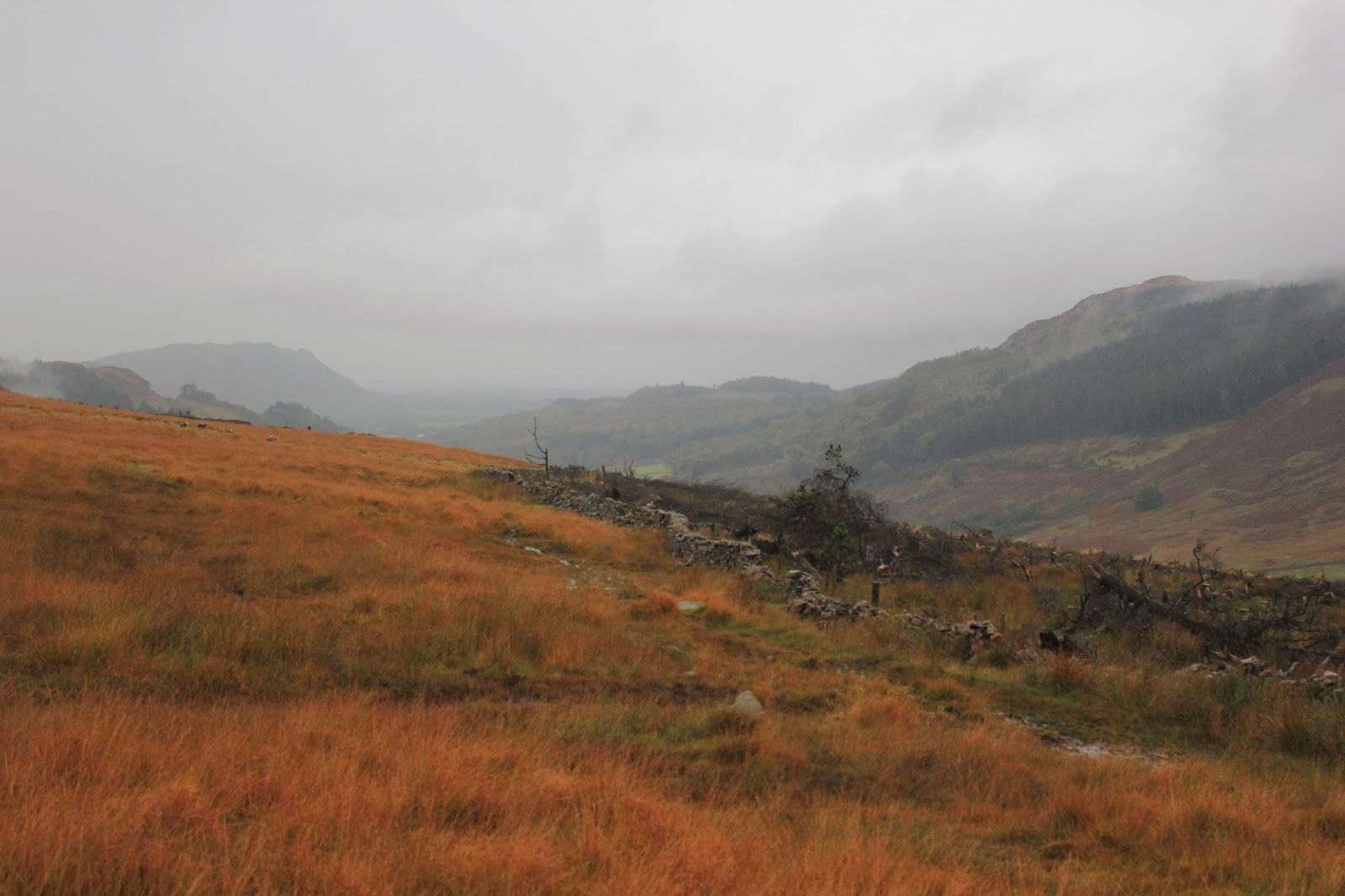 A fun flit around Miterdale Forest tracks showed views of the coast before a fast descent to the road, where we pedalled to pick up the bridleway that runs alongside the narrow- guage steam Ravenglass & Eskdale railway. We couldnt have timed this stretch better - onto a winter schedule meant there werent many trains running, but we heard a toot and a little green train tootled past - everyone waving at us. 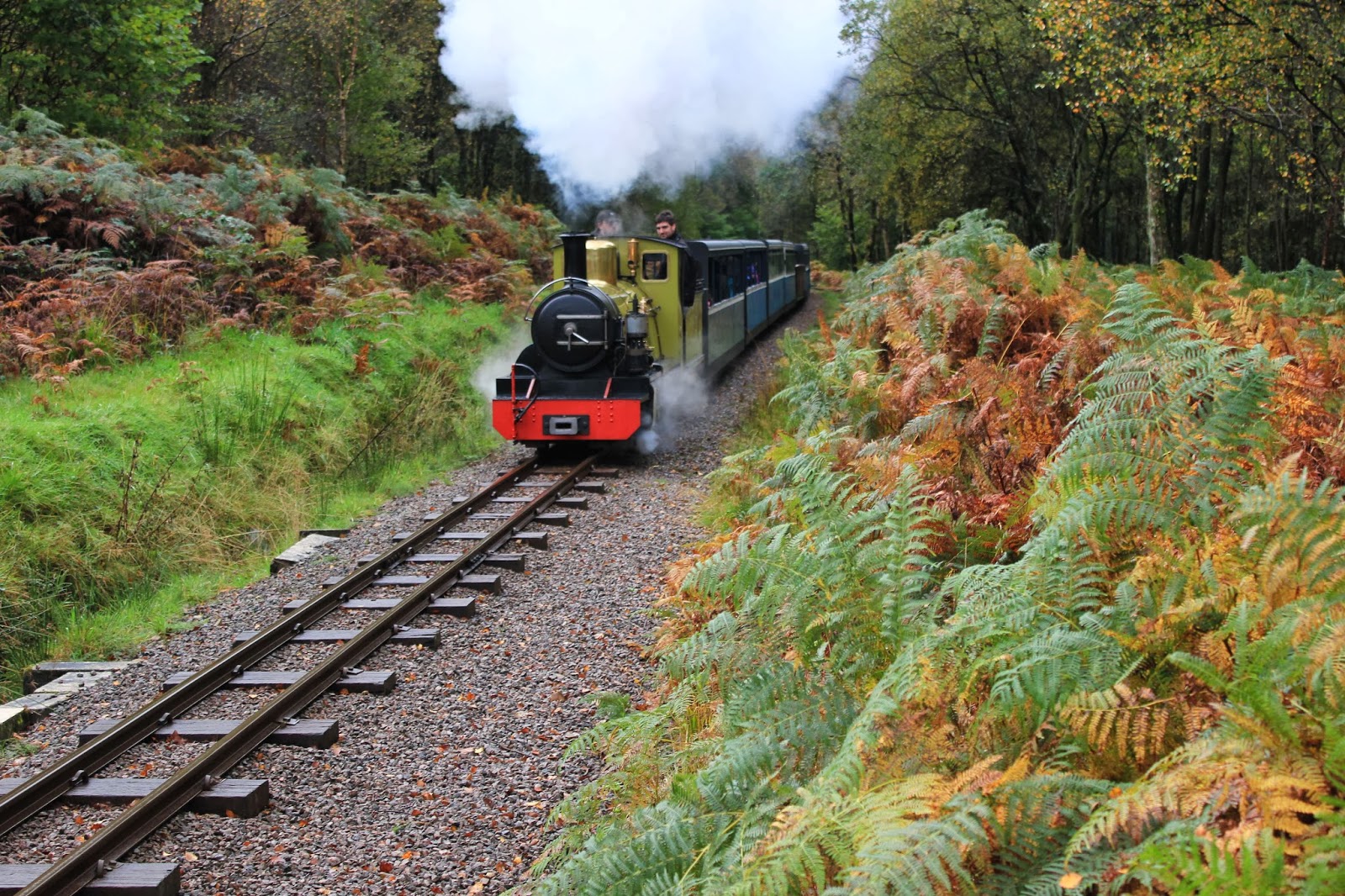 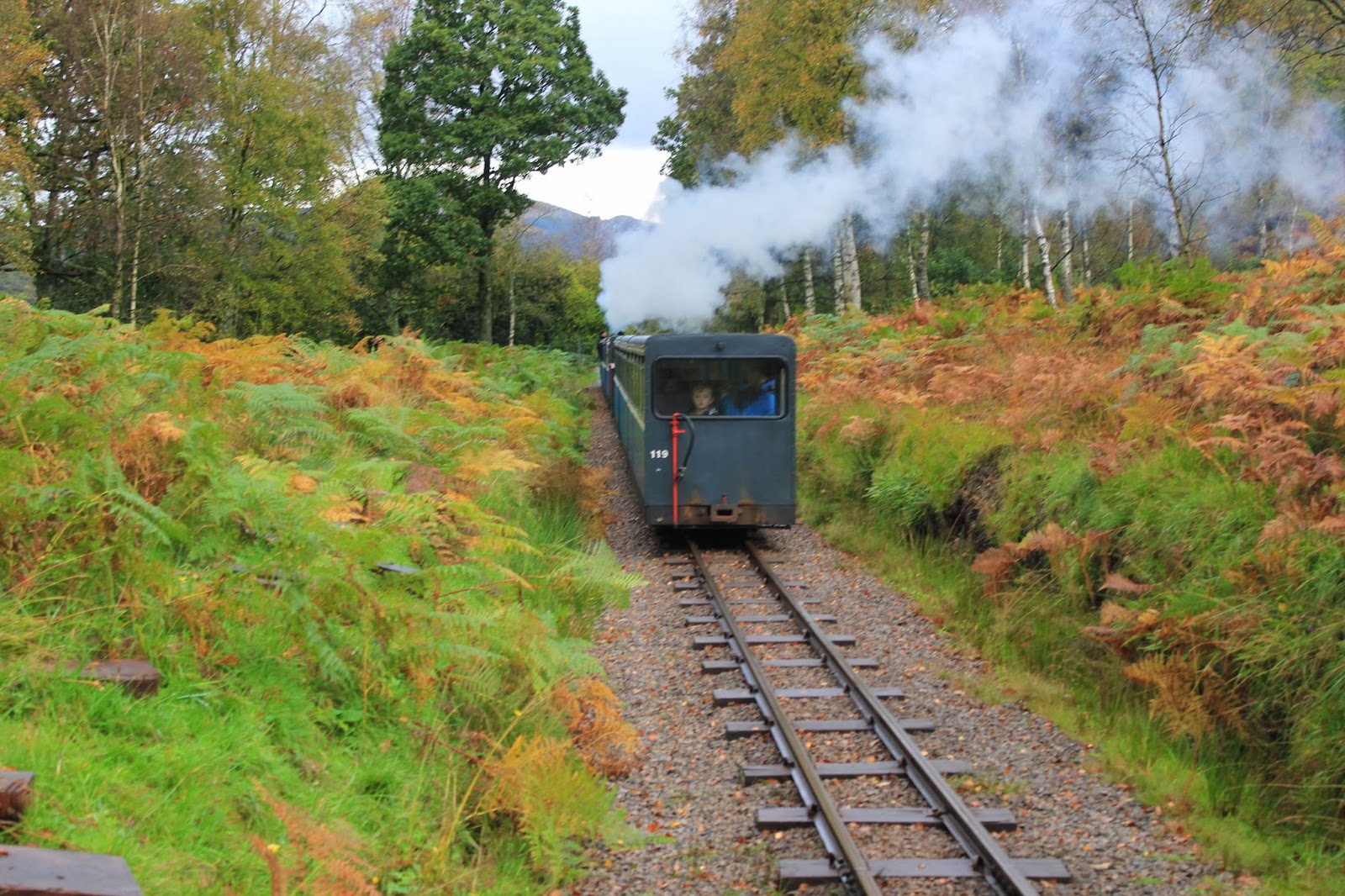 Although this was the flattest part of the ride, the overgrowth & the mud made it the hardest cycling of the day. As we neared the end of the railway, the rains increased. We went for a pint in the Ratty Arms and watched the heavens open and the puddles on the platform shudder from the raindrops.

The pub was closing for the afternoon, so we left to return to our now soggy saddles. We took part of Route 72 (Hadrian's Cycleway) through Muncaster to avoid a stretch of a-road, which we joined a little higher up. A fast descent hitting 35mph, we had to brake as the rain pelting our eyes made it impossible to see anything. Thankfully this was a short stretch of road and we were on the bridleway around Muncaster head & the golf course in no time.
This joined the main Eskdale bridleway which took us back to Dalegarth and the road back to Boot.

Our original plan had to head up onto the tops, but since the rains arrived bringing early darkness, we amended the route.