Riding in Memory of my Dad

Yesterday was the 7th anniversary of my Dad's death. His ashes were scattered at Widdop Reservoir - a place he used to cycle to to go climbing up the rocks when he was younger and a place where he used to drag me to over the moors, by foot in all weathers when I was growing up.
In memory of him S & I planned our weekend cycling adventure. I knew it would be a toughy.
Old packhorse trails and bridleways over the exposed moorland for the first half of the route. Thigh muscles pushing up over rocky ground, the wind helping push us up. Finally after 7 gruelling miles, a fast, amazing downhill to the reservoir.

The next bridleway took us up the other side of the valley skirting the top of my favourite National Trust area, Hardcaslte Craggs. Another lovely downhill took us to a beer stop and the pub in the woods, The Blue Pig. I've walked past here loads in the last few years & never seen it open, so was happily surprised to get a drink there. I'd heard that the welcome could be something akin to League of Gentlemen... not far off. But it was a bargain and we got to sup our drinks in the beautiful sunshine. 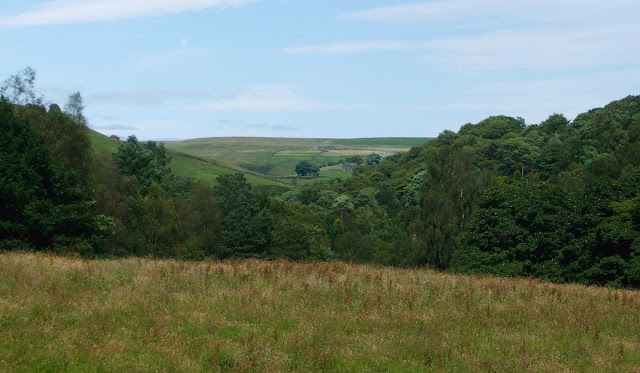 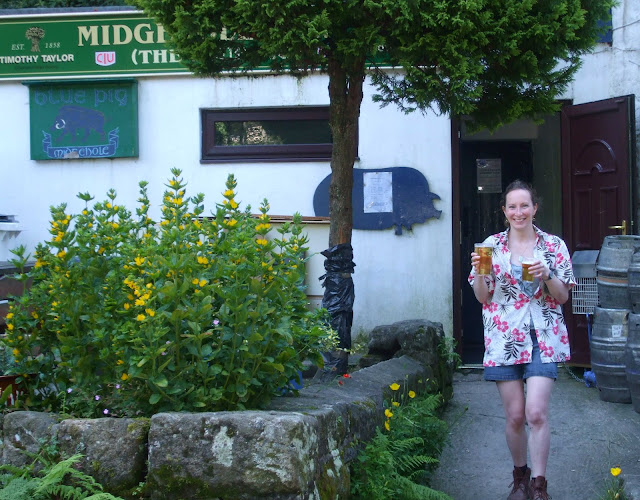 Straight down an almost verticle hill into lovely Hebden Bridge. We had a quick nosey in the town in some shops in the centre and a curious building on the canal where bicycles get recycled, you can buy jewellery made from old coins or buy a handmade besum.

The 4 miles along the Rochdale Canal were thankfully passable. This area has suffered badly from floods over the last month and there was still evidence to be seen. Stretches of the canal bank were still cordoned off where the waters had destabilised the edges, some places were lined with sandbags and the cobbled overflow on the tow path were like cycling through little rivers. 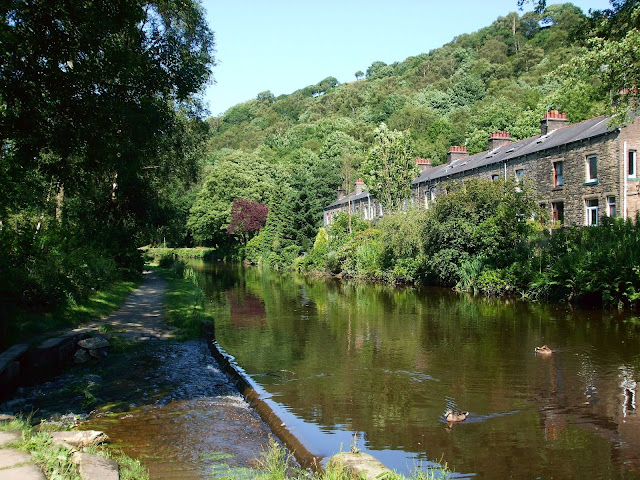 We parked the bikes up in Todmorden and got tea at Hanuman Thai. Bargain food. The cocktail menu looked amazing, but I reisited - we were only 2/3rds into the ride and I didn't fancy being sozzled riding on the main road.  However, I did have a really good beer called 400 pound monkey with my food. Will be looking out for that one in the shops :-)

Then The Killer Hill. I hadnt quite expected it to be as killer as it was. 690feet of ascent in a little under 2 miles from the very bottom of the valley to the top. Calderdale Hills are probably the hardest hills in the world!

After this a mere 6.5 miles of a steady incline back to base.

29 miles door to door,  2225feet of ascent and the same amount of descent.
Here's the route starting and finishing at Todmorden Train station (but it's a loop so any start points good - Towneley Park or Hebden Bridge) for those of you fancying a challenge! http://bikeroutetoaster.com/Course.aspx?course=435065