This year's Autumn meet was at Sherwood Forest. I'd never ventured into this part of the world before, so had been looking forward to the trip for a while.
A slow drive from work at rush hour took us over a cross-Pennine road towards Sheffield and into Lincolnshire. We arrived in the dark, so didn't see much of what the area looked like. But I could tell it was quite flat.

Two days of rides were planned around forest tracks and quiet lanes. We saw the famed giant Queen's Oak that is propped up with tree-scaffold. 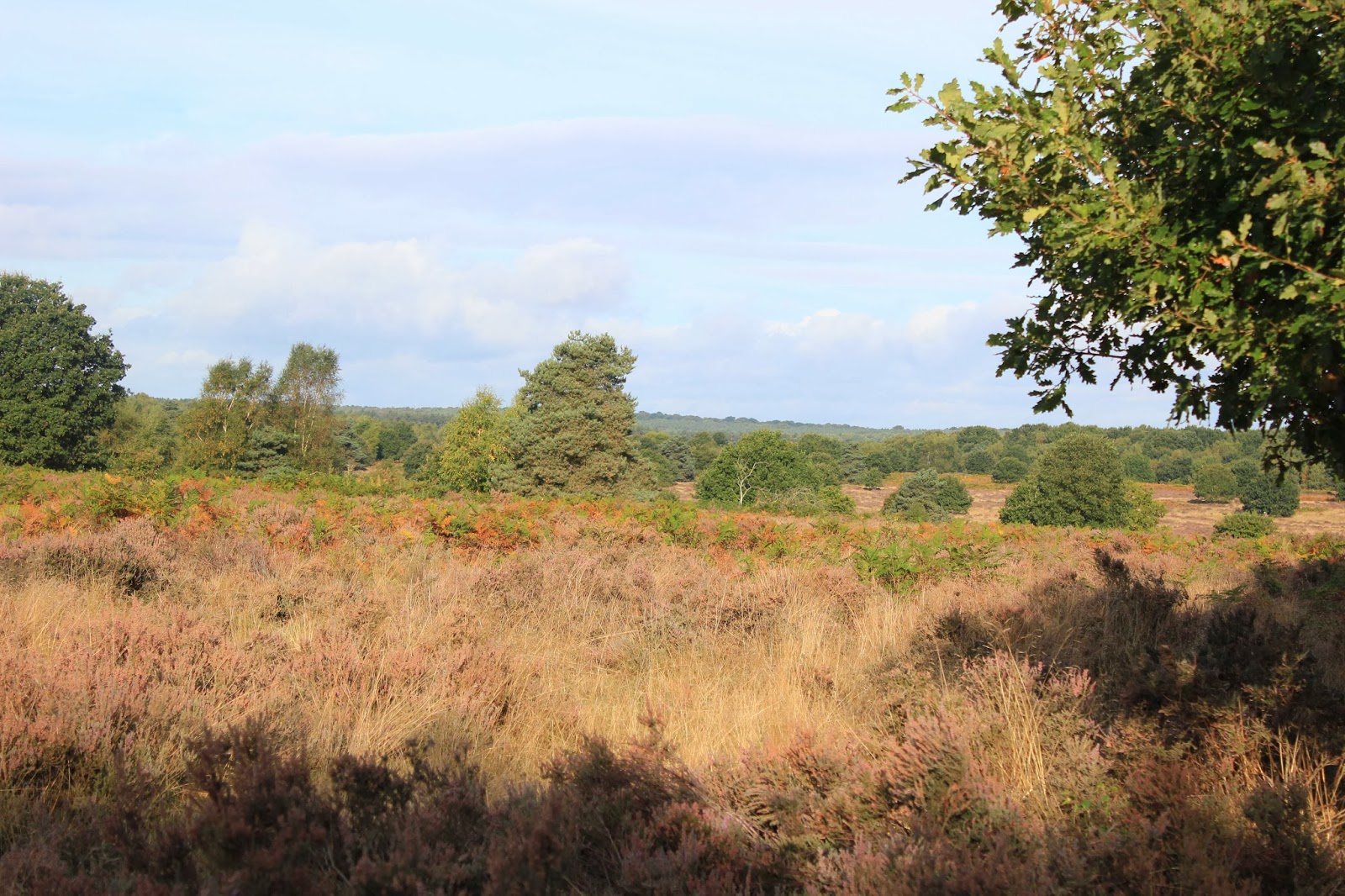 The autumn colours were just beginning to turn and looking lovely in the sunshine. 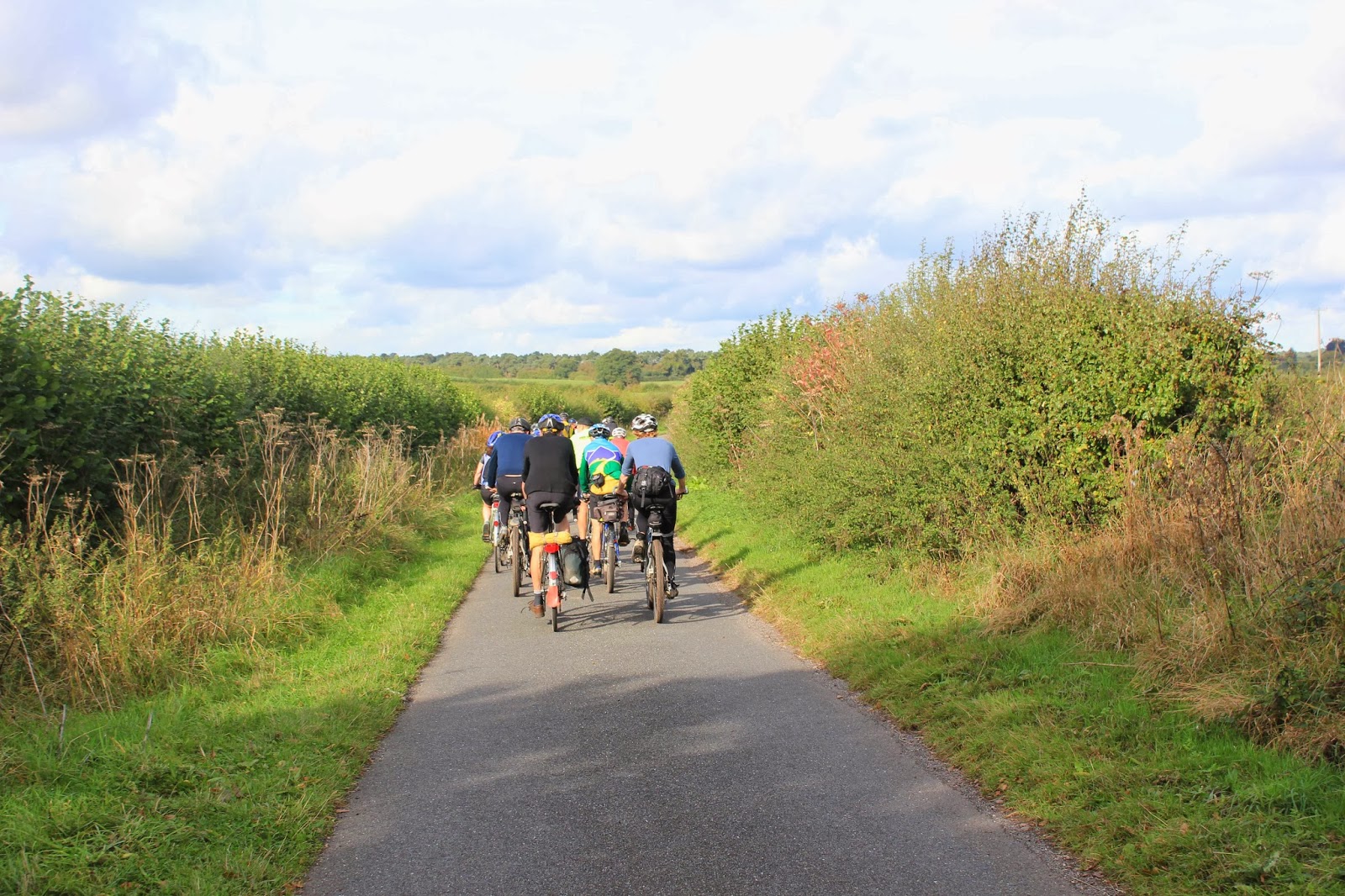 Enjoying the mainly car free roads was brilliant! If only all countryside roads were like this!!! It meant I could chat to club members from other parts of the country who I dont get to see very often. 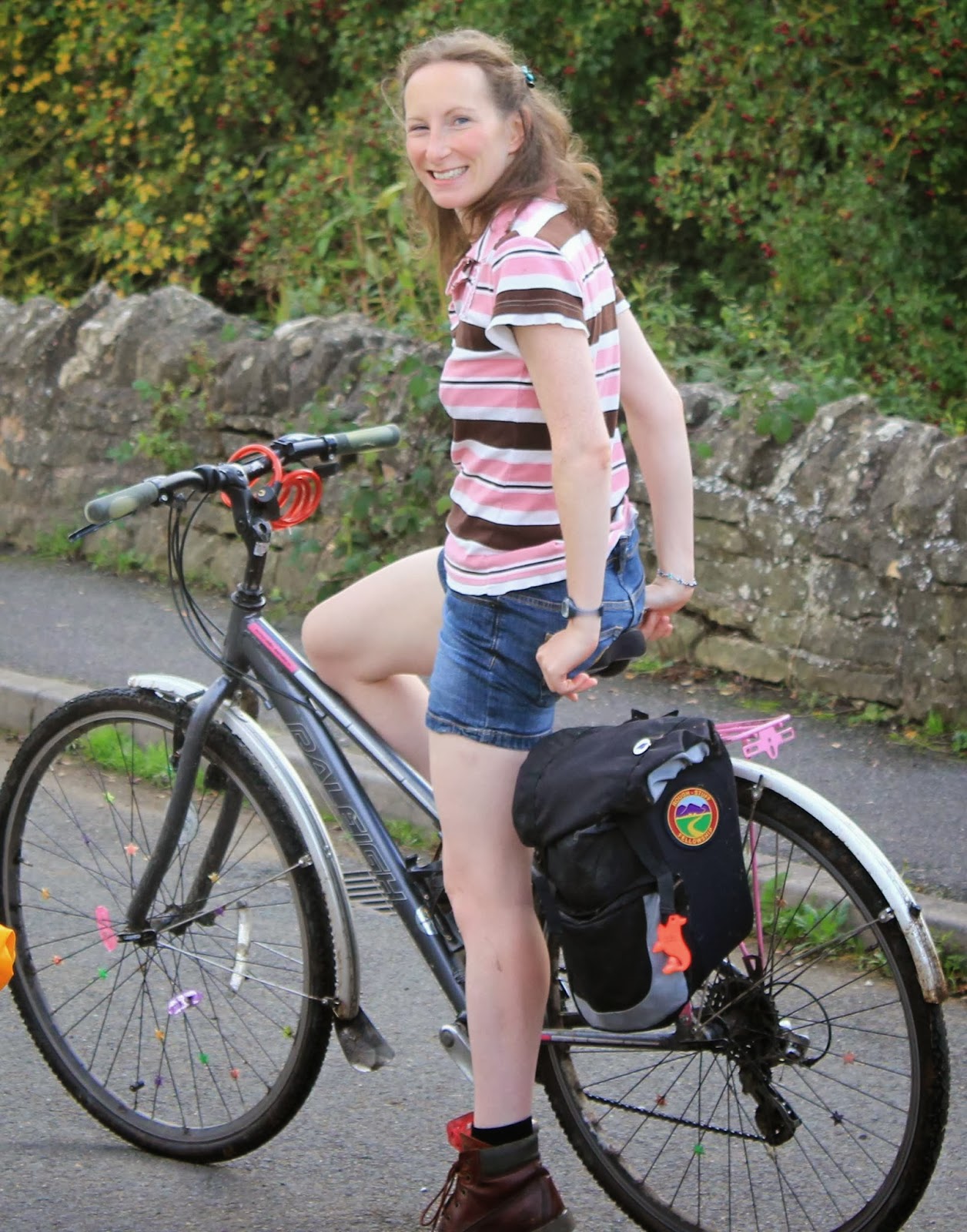 Because I was following a leader from the area, I had no idea what any of the areas we passed were called and was blissfully beetling around with no idea where we were going. 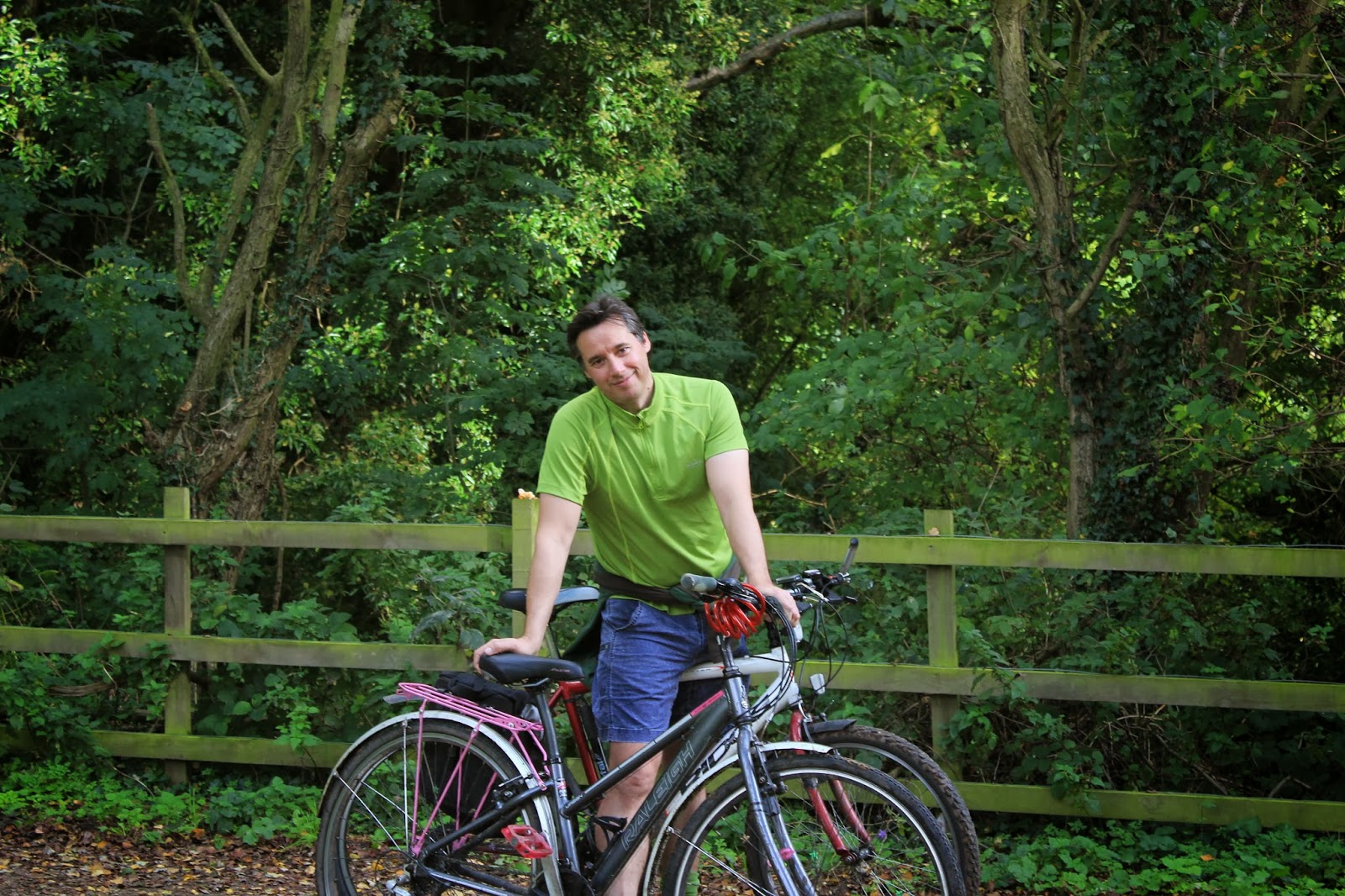 Altho I remembered Creswell Crags - an area where hyena skulls and other ancient artefacts had been found. 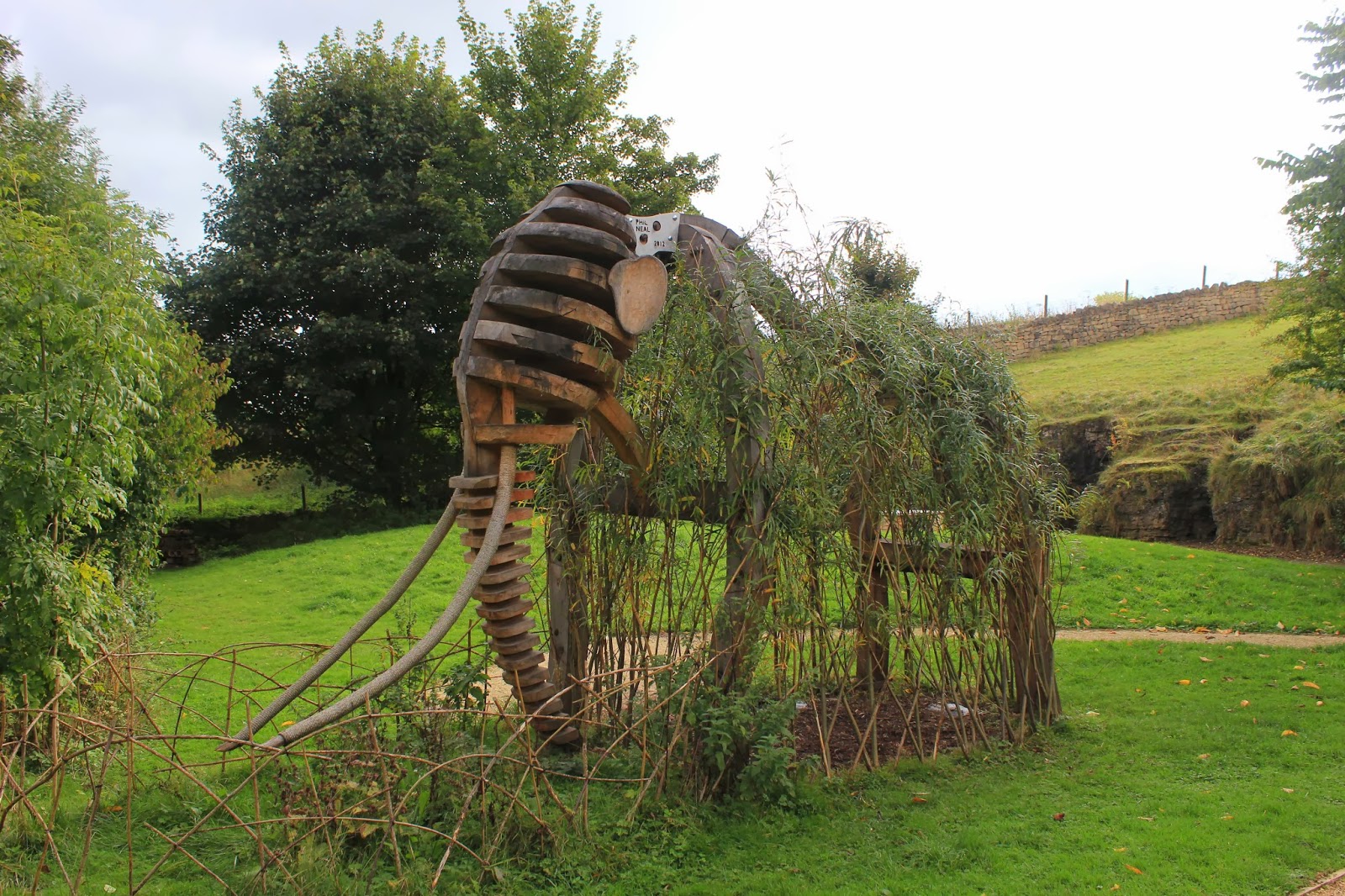 Lunch was at Clumber Park, which was heaving with a charity run. 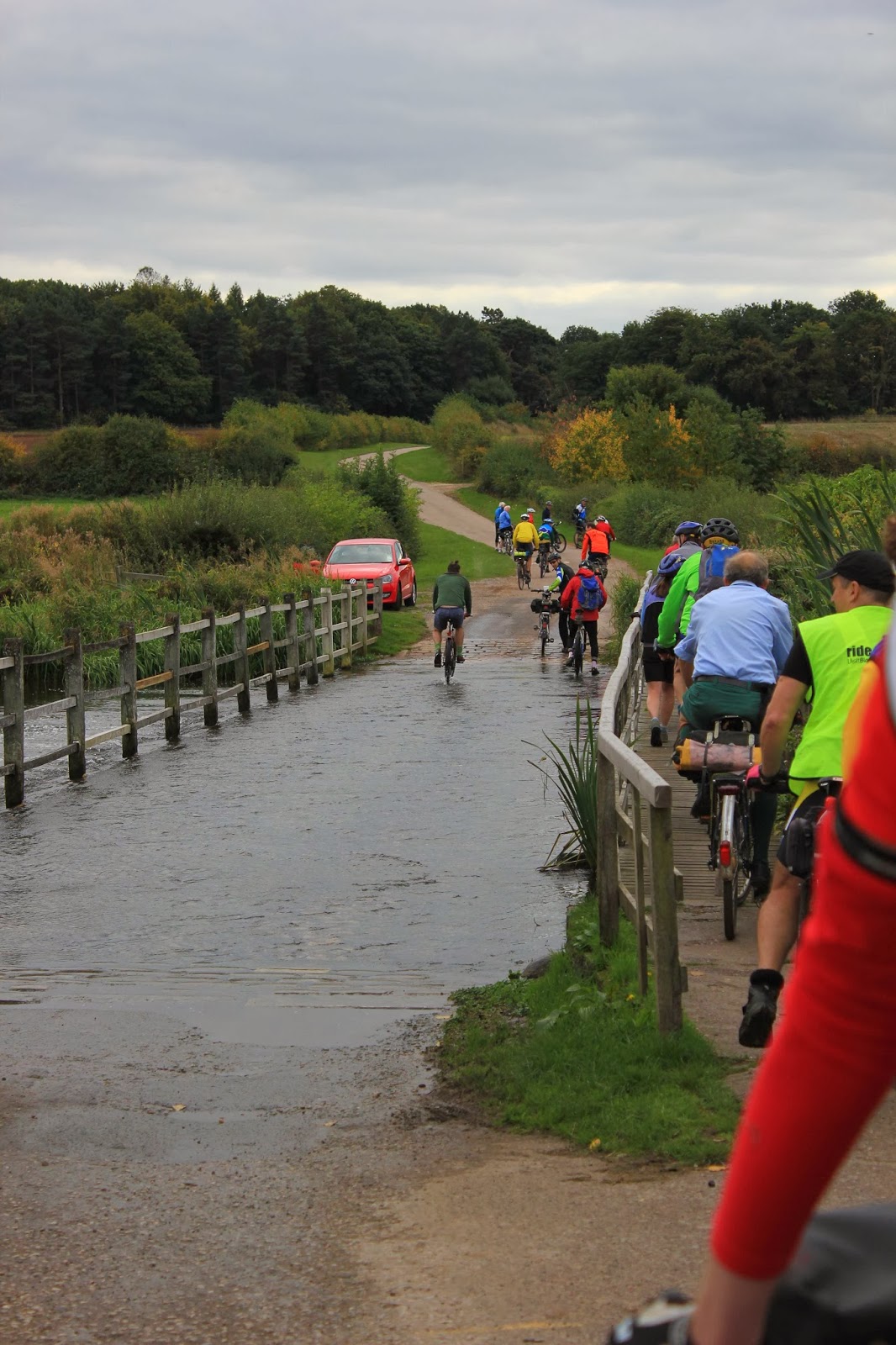 After an evening of club official business, we were treated to a slide show of Autumn meets from the past twenty odd years; it was interesting seeing the change in bikes from tourers then more & more mountain bikes entering photos as time moved on.

Day two was a shorter ride since we were all heading home. Again we had lovely sunshine that made for a beautiful morning cycling through the forest tracks.
I picked up a puncture... about time I got my rear tyre changed... it was still running with it's original set. 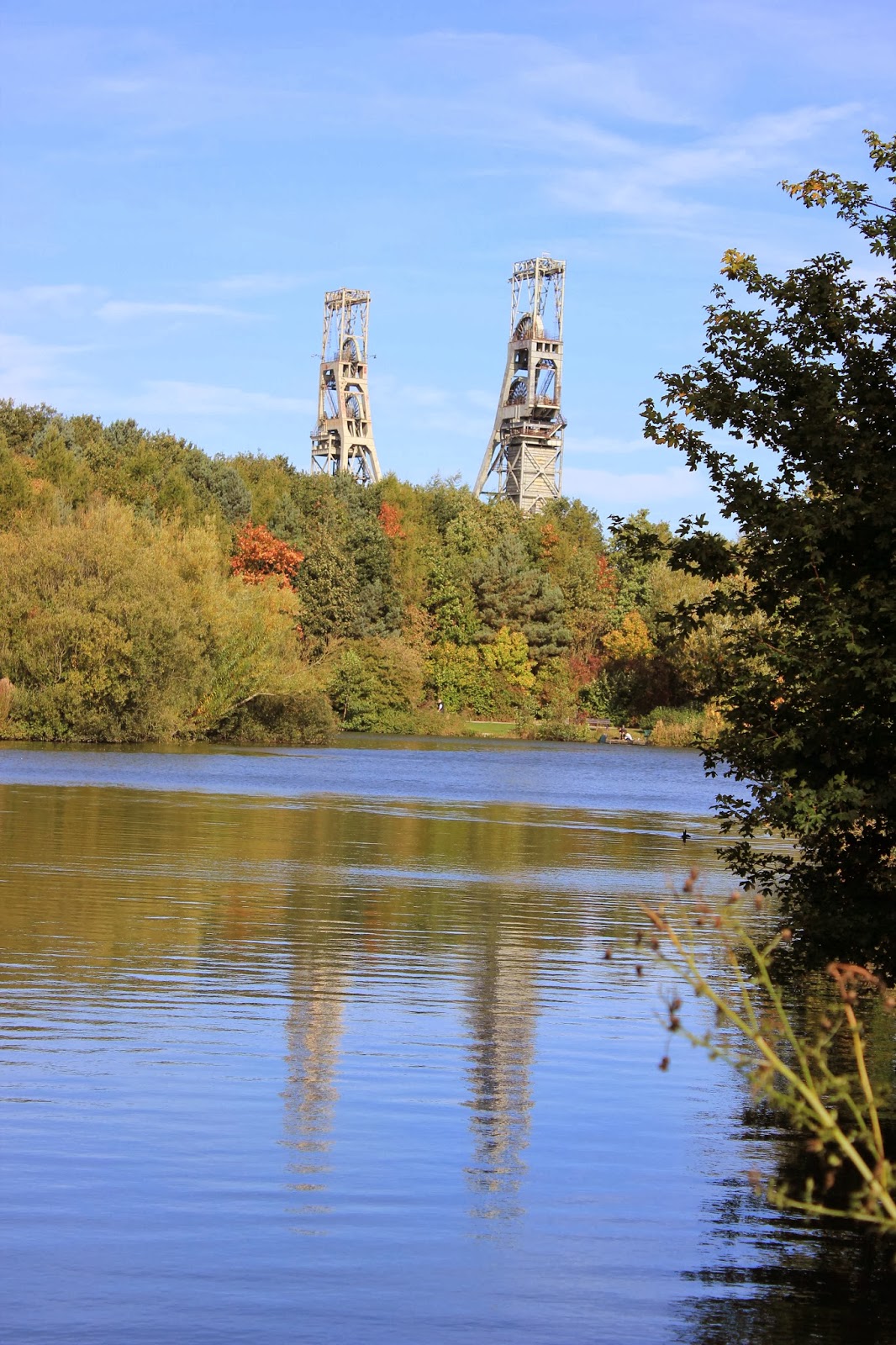 Driving back home over the hills, I decided it's about time that I get round to the Trans Pennine Trail. The hilly section is really spectacular, although I should make sure I'm not carrying too much weight for it!
A lovely weekend that went far too quickly. Thanks to Steve for organising it and everyone for their company especially the usual Northern Suspects.
Posted by Unknown at 09:35 1 comment: